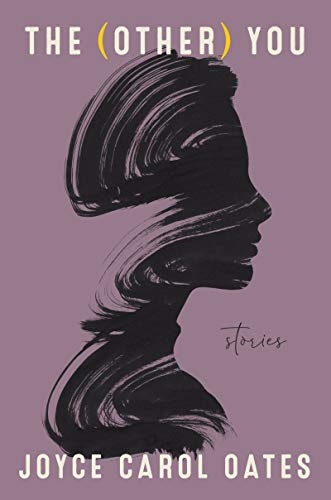 This collection is not easy to approach because of the different realities and forms of expression it uses—and they might have been useful had they prompted deeper reflections. But not. Several stories, particularly in the first section are littered with trick endings. They seem like writing exercises.

The title The (Other) You carries some resonance because in many of the tales the protagonist ponders “what if” I had made another choice, done something different, not come home. In the title story, an accomplished writer returns to her hometown and is troubled by thoughts about who she might have been had she never left. That is what the book jacket says the story is about. But a number of close readings view the story the other way around. A bookshop owner in a small-town wonders what would have happened if she had not been sick the day of the big exam, received a mediocre score, didn’t get the scholarship, and never left town. As the “other” who didn’t leave, “Of course I’m happy. I have everything I want. What is missing from my life?—not a thing.”

In “Blue Guide” a retired professor travels back to his student haunts in Italy in search of his first love, a girl he saw once, never pursued, and never saw after. And he finds her in a garden in the form of a small bird with fiery-blue feathers. There he talks to his love/bird in Italian until the pair are attacked by larger birds and the professor is pulled away from the scene by his wife.

Three stories, scattered about the book—“The Women Friends,” “Waiting for Kizer,” and “Final Interview”—are linked and feel as if they might have been plucked out of If on a Winter’s Night a Traveler. It is probably not a coincidence that Calvino is referred to in yet a fourth story. The three stories take place in the Purple Onion Café, a vegetarian restaurant with outside seating. In two stories the café was blown up by a bomber the previous fall and is now nicely restored; in a third story, it has not yet been blown up by a disaffected young man. Three women, two men, a young man in a hoodie, and the owner are in the three stories, sometimes as actors, other times as scenery. The stories might have been better served were they placed next to one another.

Death and dying are themes. And most often, the dying is not pretty.

In “The Crack” M___ walks in on her wake. “Me! They are remembering me. But then, no one seemed to see M___ in the doorway.” She may or may not have fallen down the elevator shaft before the wake, or after.

In “Hospice/Honeymoon” a husband and wife are planning for when he is committed to hospice; “You will be happy there, in your own home. For both of you the final days will be a honeymoon. . . . In fact, nothing remotely like this will happen. How could you have imagined it could happen!”

In “Nightgrief” the wife found the “quilted green-satin comforter atop the bed now soiled, mysteriously grimy as if with food-, blood-, vomit-stains . . .” Then husband and wife avoid daylight as that was when the trauma was discovered, and their lives deteriorate into an infernal guilt-ridden nocturnal rhythm. Two-thirds of the way through the story it is hinted that their son died of tachycardia, a drug overdose? The husband complains to his wife, “Why didn’t you have two of them for Christ’s sake. If one is lost, the other could take his place, couldn’t have been that difficult to figure it out, right?”

However difficult the stories are to decipher and follow, there is Oates’s language to delight in.

“She was feeling just a little ‘strange’—'Disoriented’—as if time was passing very, very slowly—'Like poisoned ants in a column’—and yet, entire days were rushing by—‘Like empty freight cars’ . . .”

The head, severed from the body, “was very bloody, with veins and sinews and twitchy nerves dripping nonstop from the ragged neck. And the skin of the face was coarse and darkening, as with chagrin. And the eyes were half-shut, droopy-lidded like a drunkard’s.”

This collection is probably best viewed as a series of experiments in storytelling and because of that will be of interest to those involved in the craft of writing fiction.