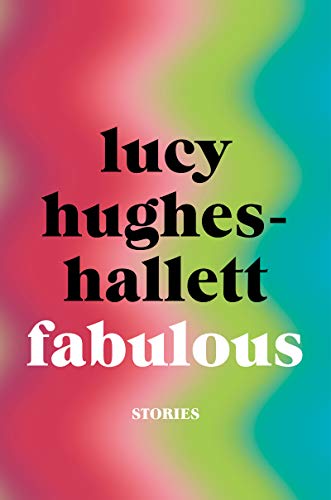 Fabulous as in “resembling or suggesting a fable.” But in this book, not necessarily “of an incredible, astonishing, or exaggerated nature.” Definition from Merriam-Webster.

Lucy Hughes-Hallett has brought together eight fables ranging from Orpheus and Actaeon to Mary Magdalen to the Pied Piper and delivered them into 21st century England. The vehicles the author has provided her characters leave them at sixes and sevens on arrival.

Which itself is a shame, because Hughes-Hallett is capable of fine writing and sentiment.

“Her face looked red and blotched, cross, but when she touched Oz (Orpheus) he felt that her hands were kind.”

And in another story, “I (Mary Magdalen) held out a hand. He (Jesus Christ) took a dancing step toward me, one foot crossing over in front of the other in an unstable beautiful move from which you could only fall or fly away. He said, No touching. No problem, I said.”

In the Actaeon myth, while hunting he chanced upon the goddess Diana bathing with her nymphs in the woods. Angered by this peeping Tom, she turns him into a stag who is then torn apart by his own hounds. Hughes-Hallett sets the story in the midst of the real estate frenzy in London. Acton is the leader of a group of real estate brokers reminiscent of those in “Glengarry Glen Ross.” In the first pages of the story Acton leads a “team,” then they become his “boys,” then it is his “pack” he leads to hunting parties, searching out properties to sell, tracking down prospects to buy—as if the author does not trust the reader to understand the references. Further on, one of the pack reports to Diana about what Acton is doing. “It was her hand fondling my ears and rubbing my tummy I wanted.”

The lack of subtlety is repeated in the story of “Joseph.” He sees the young Mary with pale gray eyes and “from that moment Joseph was hers for life, for ever and ever amen.”

The lack of trust in the reader is further portrayed when Joseph breaks off flowering sprays from a wild apple tree to carry back to Mary and the child. The petals fall off, and by the time he reaches the door of their hut “there were none left, none at all, on the gnarled black twigs.” The reader needs the prefiguration of the crown of thorns?

An annoying ploy that Hughes-Hallett deploys is the inconsistency of her naming convention. Cupid is Crispin, Isolde is Izza, Daedalus is DeeDee, Pasiphiae is Passify, but Diana is Diana and Minos is Minos.

In the whole, Hughes-Hallett does not execute the plots of the tales she borrows from. In “Psyche” the author decides the tale needs a different ending, not the lesson that love is the result of dedication and effort. No, the author ends with Psyche marrying a librarian and coupling with a handsome stud when the librarian works late.

In Orpheus, the moral of the story is to stay true to your word, but in the recounting, Orpheus simply forgets what he is doing, forgets he is carrying Eurydice up out of Hades.

The basic issue in this collection of stories is that the author does not have a good sense of the segments of the myths that work in the context of a modern setting and those she should leave behind. The author finds she may have strayed too far, then scurries back to pick up another part of the story. It makes for a haphazard reading experience.

For a richer experience, the stories of Cezarija Abartis, many available online, (“Medea Imagines” in Carmina and “Sleeping Beauty Is Not Well” in Bennington Review), are examples of how an author stays faithful to the original myth and infuses it with modern sensibility.