How Are You Going to Save Yourself 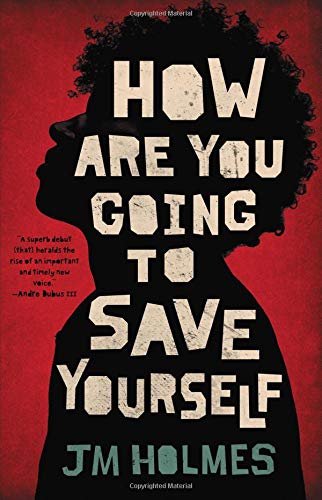 Kehinde Wiley, the artist known for his portraits of street blacks in historical settings, said, “Art is about changing what we see in our everyday lives and representing it in such a way that it gives us hope.”

How Are You Going to Save Yourself is a series of linked stories about four young men (19–20 years old) who grew up together in Pawtucket, R.I. They go by Gio, Rolls, Dub, and Rye. Unlike Wiley, this author’s prose fails to portray these men in a way that gives the reader hope.

“How many white women you been with?”

The room was filled with good smoke and we drifted off behind it.

“What’s your number? Dub looked at Rye real serious like he was asking about his mom’s health.

In this first story and many that follow, the reader is reminded that racism is not the exclusive province of white folk. Rye’s landlord is a “fat-assed mick.” Talking about a boxing match between a Filipino and a black in another story, Dub says, “None of those punches is going to land. That slant-eyed motherf_____ can’t see shit.”

We pass to the second story, “Legend of Lonnie Lion” Gio’s ex-football player father (“Lonnie Campbell could run so fast. Lonnie could hit so hard”) who left when Gio was six, though Lonnie and Gio get together from time to time with Lonnie’s second wife and their daughter. The story’s title is belied as this tale is more about Gio’s unsatisfying flings with women. A theme of the entire collection. The four men do not know how to have a relationship with women. Women are objects, things to be hunted down, to be counted.

The third story in the collection is titled “Be Good to Me.” It is about Tayla, a high school sophomore and a virgin. She and Rolls have been dating. In the middle of the afternoon, he takes her to an unfinished basement to be alone and finally nail her, but Gio and Dub appear on the stairs and join in, each man taking his turn with her. After Rolls was done, “he said he was late for work and left. His boys didn’t say shit. . . . He thought about what Tayla’s dad would do when he found out. Then he knew she’d never talk.”

Dub and Gio stayed for their turns with Tayla. “Dub left without a word when he finished, sighing loud and walking heavy, not slinking away like Rakim (aka Rolls).”

Gio took Tayla home. Once on her street, “Her eyes watered from the blocks of air that blew through the open window and she felt herself being erased.”

That is how the story of a gang rape is told. Destruction without remorse without another thought.

The stain of the third story colors the reading of those that follow. In “Kinfolk” the friends follow Gio to the Manhattan apartment of his Cornell classmate’s parents. Where Gio breaks into freestyle. “I rhymed about doing white-girl with white girls, about bringing some black boys into a white world. And later, I kept rhyming about my family in hearses and curses and what a nigga worth is, if it’s all worth it, or if black skin make our legacies worthless.” The evening ends with the men insulting one another’s parents.

Taking the stories as a whole it is not terribly clear these men are friends. It is not clear that the ability to absorb one another’s gibes and put-downs is friendship’s best definition.

Holmes has a keen sense of how to put words together in new and interesting ways, too talented to play the misogynistic and racial cards so heavily. It will be interesting to see where he takes his gift for rhythm and phrasing.