Why I Don't Write: And Other Stories 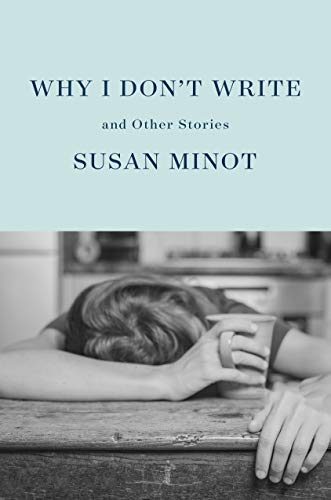 “has greater resonance, the characters are older, have lived more, have more to say. As a result, the stories are . . . more rewarding . . .”

Susan Minot is an author well reputed for the purity and terseness of her prose exhibited over a career of more than three decades. Her latest book, a collection of ten stories is no exception. It is her first story collection since Lust and Other Stories published in 1989, though in the interim she has written screenplays and acclaimed novels.

Minot excels in description of people and places. In the story “Occupied” a woman stops by an Occupy encampment. “She stood. Wind barreled down the surrounding skyscrapers. They seemed to tilt in over the small patch of park with its rows of small tress and pig-colored polished marble descending in slabs. Across the street a low canopy of orange trees fluttered . . .” Notice the phrase “pig-colored polished marble.” Few writers have nailed that description so accurately.

Two of the stories in the collection do not work as well as the others. One is the title story “Why I Don’t Write.” It is but a list of distractions that all writers face, from the mundane to the ethereal. “It didn’t matter anymore.” And “Dust haloing the lampshade.” The second is “Listen.” Seven pages of one-line dialogue, which if you read along and think you are understanding the story, it shifts. You are not.

Minot has interesting messages tucked into her stories. Interior musings of the characters. Thoughts worth further thought. In the early passages of “The Language of Cats and Dogs” the character reflects “What you do not know when you’re young is that you may as your life goes on, return to things that happened, and that the more you visit a thing, the more time you spend experiencing—in reflection, in memory—so that an event which took, say, an hour in your life may afterward be recalled and visited by you fifty times over.” And in the story “While It Lasts,” “She’d been in a lovely slow dream and did not want it to end. But once a person became aware of being in a dream it was difficult to stay asleep. The thing that kept one asleep was not knowing that you were sleeping, and not thinking.”

One of the more interesting stories in the collection is “Café Mort.” Told from the point of view of a waitress who serves dead people. For readers who enjoy the macabre, there is plenty here. Roman and Neil are in the café Thursday evening. Roman went down in an airplane; Neil, already dying of cancer, drank ammonia so he could be with Roman. A family of three, parents and young boy, who drown in a sailing accident, order the Morphine Supremes with vanilla ice cream. “The guy with eyes ringed like a raccoon’s is dining on shredded pencil. I figure a writer.”

The most satisfying stories in the collection are the longer ones: “Polepole,” “Boston Common at Twilight,” and “The Language of Cats and Dogs.” Polepole in Kenya means “easy does it, one step at a time, take it slow.” Pole means “too bad, or that’s a shame.” And that is Daisy’s fate in this story where she unwittingly becomes entangled with a married man. Daisy’s story is surrounded with an atmospheric feel for Kenya, the country in which it takes place.

“Boston Common at Twilight” is a well told sympathetic story of a naïve high school boy who is raped and after brooding over the event for years ends up in an institution, a story interwoven with the divorce of his parents and his mother in rehab. In “The Language of Cats and Dogs” a woman can’t forget the day her professor crudely propositioned her.

In contrast to Lust and Other Stories in which most of the characters are young, glib, and not particularly thoughtful, the current collection of tales has greater resonance, the characters are older, have lived more, have more to say. As a result, the stories are a much more rewarding read.