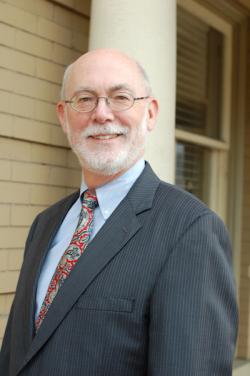 Robert Zupkus retired from the practice of law in July of 2017. Mr. Zupkus was a founding partner of Zupkus & Angell and has more than 40 years of litigation experience. He has extensive experience in insurance coverage and bad faith, insurance defense, employment, transportation, and commercial litigation. As a seasoned trial attorney, Mr. Zupkus has represented both individuals and international corporations in litigated matters before state and federal trial and appellate courts.

His employment law experience includes litigation of discrimination claims, non-compete and employment termination agreements. Mr. Zupkus was also a sought-after expert witness in matters of insurance coverage, insurance industry standards, and bad faith claims in a number of states. He has also served as an expert witness on topics related to the professional activities of attorneys.

His practice could be best summarized by his AV rating, the highest, by the prestigious Martindale-Hubble group and his inclusion as a Colorado Super Lawyer for many consecutive years.

Previously, as a trial attorney with the U.S. Department of Justice in Washington, D.C., and a partner at White & Steele in Denver, Mr. Zupkus has taught insurance at the University of Northern Colorado and trial practice at the University of Denver’s School of Law. He regularly spoke before local, regional, and national audiences, and has been published in the Defense Counsel Journal and For the Defense.

Mr. Zupkus also served as a reviewer for the American Bar Association Gavel Award Committee. His review work included nonfiction books and print journalism as part of the selection process for the Silver Gavel Award.

In Mr. Zupkus’s time away from the office he enjoys playing with his granddaughters on the beach in Florida and traveling the globe with his wife.

Bronx Heroes in Trumpland has three primary contributors. Each has written a foreword to this graphic novel.

Imagine standing on the furthest outpost of your planet. From there you can see the universe as it formed, with absolute clarity. You see infinite stars, solar systems, and galaxies.

The Last Widow: A Novel (Will Trent)

The Last Widow by Karin Slaughter has one foot loosely planted in reality. The other is firmly mired in the black hole of the worst possible human behavior.

The title The New Girl is deep cover for action and deceit hidden in plain sight on the pages of the latest Gabriel Allon novel.

Death Orb is a visually ambitious graphic novel. It depicts a ruined Earth, years past a nuclear holocaust. Buildings are crumbled, with vines of hanging wires choking them.

Knife by Jo Nesbo is dark and deep, a black hole of a story. Specifically, it is another story of Harry Hole, a soul from which no light or joy escapes.

This graphic novel initially finds the caped crusader confronting the worst super villain ever: his own mid-life crisis.

It’s déjà vu all over again! Remember Rover? The eerie, icky white latex ball/balloon that bursts from the sea to envelop escapees from the Village?

Millennium: The Girl Who Danced with Death

One might think that by now Saint Salander had driven all of the fascists, sexual predators, and other snakes out of Sweden. After all, Sweden is not a very large country. But, alas, no.

Salammbo is a woman of fiction who sprang to life from the pen of French writer Gustave Flaubert in 1862. She was a central figure in the book of the same name.

“Before her lens, the energy of the restless sea and wind pause but for a moment before moving on. The soft lines of the female body easily merge into the rocks and trees around them.

Che: A Revolutionary Life (2018) is the graphic form of the book with a similar title also written by Jon Lee Anderson, published in 1997.

The Girl Who Kicked the Hornet's Nest - Millennium Volume 3

“So much evil,” says Lisbeth Salander. She says this not in fear, but as if in stunned wonder. Wasp is bound by the coils of evil which flex, painfully and slowly squeezing the life out of her.

It is said that imitation is the purest form of flattery. Be that true, the question becomes what hold does a feeble imitation of a literary classic have on flattery.

Separate and Unequal: The Kerner Commission and the Unraveling of American Liberalism

Usually a work of nonfiction on the topic of a presidential commission is described as scholarly with a dash of dry.

Shaka Rising: A Legend of the Warrior Prince (The African Graphic Novel Series)

The first Rivers of London traditional novel was published in 2011. This book has almost 52,000 ratings and 6000 reviews on Goodreads.

The traditional format novel The Forever War was first published in 1974. It won the coveted Nebula, Hugo, and Locus awards. The novel became a series and was adapted into a play.