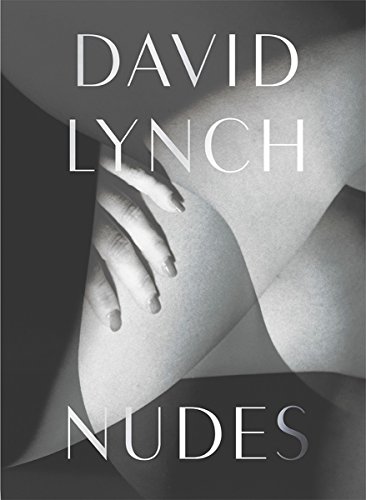 David Lynch, Nudes by David Lynch is a lavishly produced book of contemporary photographic art. The immediate first impression provided even by its cover is one of visual and tactile elegance. The production values of the volume are extraordinarily high. Heavy gauge paper of photographic print quality is used throughout. Vivid red paper as stout as construction paper binds the photographs together. The mere heft of the book bespeaks quality. The cost of the work is locally stated in dollars, but the amount would be an equally fair price in British Sterling or Euros.

The book is printed and bound in Italy, clearly by the best skilled craftsmen of their trade. That should not be a surprise since the publisher is Fondation Cartier pour l’Art Contemporain. Fondation Cartier is a philanthropic arm of the House of Cartier. Its centerpiece is a museum of contemporary art in Paris, which carries a four star TripAdvisor review rating. The dazzle of this book is another example of a diamond jeweled Cartier design.

The career of Mr. Lynch cannot be described in a single, conventional word. Nor can his artistic pursuits be neatly, precisely aligned in a linear sentence. A description of his work would more closely look like a diagramed sentence viewed through a prism. Director, producer, actor, composer, author, painter, furniture and sound designer, philanthropist. Did spiritualist get mentioned? Which life title shall be first placed and which last? Only in the abstract can that question seek an answer.

Obviously, Mr. Lynch is also a photographer. The compilation of images here does not immediately fit the volume title, David Lynch, Nudes. Is the book David Lynch? Or Nudes? If the eye of the beholder is looking (or hoping) for conventional nudes, there will be disappointment. There is no languid, lush blond reclining on a divan clad only in black high heels, smoking a cigarette and looking one in the eye. She is not to be found in these pages, at least not all in one image. She is in the book to be sure, but deconstructed, in the abstract and scattered about all 240 pages.

And it is not as if her figure is simply captured by a kaleidoscopic camera lens and thus tossed about. The nude bits are suspended by visual angles that defy gravity. They are then brushed by shadows unknown to either nature or science. Think Blue Velvet, Inland Express, Mulholland Drive, Twin Peaks. Combined. Only then might one, as they say, get the picture.

An article entitled “The Lynchian Gaze: David Lynch and Nudity in Film,” by Donald McCarthy, relates how the most noted film critics were bedeviled by the meaning of the nudity found in Mr. Lynch’s films. The bedevilment of whether they are beguiling or bewildering female nude figures continues well played in the latest installment of the Lynchian Gaze.

If a photograph is worth a thousand words and there are 240 pages of photographs here, debate about the Lynchian ladies would be blogger utopia. Mr. Lynch, it would appear, hopes to inspire sparring over his hidden artistic meaning by the brief enigmatic foreword to the book: “Photographs of NUDES taken in Los Angeles CA. Lodz Poland and one other place.” Meaning, perhaps, “I like to be in the same place as naked women wherever that may be.”? That is just an abstract thought.