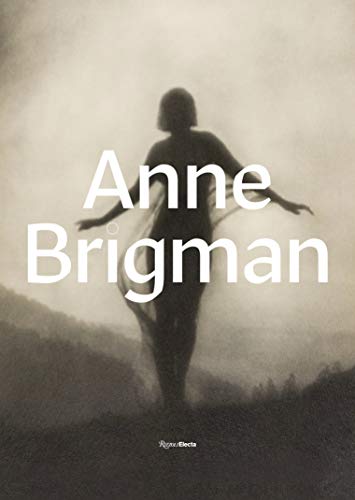 “Before her lens, the energy of the restless sea and wind pause but for a moment before moving on. The soft lines of the female body easily merge into the rocks and trees around them. The totality of her work announces the risks taken and the losses suffered to mold her art, her independence and her singular world view.”

Anne Brigman is not just a book. It is itself a majestic work of art reporting on the body of art produced by Anne Brigman. In part, the book contains the misty photographic imagination of Brigman from across the long years of her career. Her family of photographs include her iconic female nudes, the silent beauty of nature, and more prosaic images of herself and friends. Photographs are also included by those whose work was influenced by Brigman. Thus, her work continues to be seen in subsequent generations of photographers.

The authors of Anne Brigman do so much more than gather a few important photographs from many sources. They fully curate the life, times and legacy of Brigman with museum quality precision and production values.

Anne Brigman consists of two volumes. The larger is perhaps 400 pages, and its weight to volume ratio is impressive. Those pages turn themselves with the energy of their content. Images both photographic and penned rival the poetry and prose that sweep across the reader’s eyes. Immersion in the creative vision and thoughts of Brigman is complete. To experience her world is both compelling and pleasant. One does feel as though one has had a long afternoon at tea with her, where happily she does all the talking.

The second volume of Anne Brigman is diminutive. It is less than one third the dimensions of its larger sister and only 95 pages long. It is separately titled Songs of a Pagan. It is perhaps more powerful than its sibling. In it, the poems of Brigman are coupled with relevant photographs she created. The pairings carry significant meaning to the reader.

For example, the photo entitled “Ebb Tide” has the image of a sea over which a dusky sunset slides. A line from the adjoining poem reads: “Remembrance, now, is gentle sacrament . . . and though I have you not . . . I have the sea.” An anguish is thus stilled.

Brigman seems best remembered for photos of the female nude. Those photos are quite lyrical. But they are not her only bequest to the future. The authors of Anne Brigman make certain that the reader is aware of the depth of her art.

Brigman’s lens captured nature in its most sensuous and often abstract moments. She also focused on male nudes and humans in general. She recorded scenes of the prosaic swimming hole and striking shots of a head or face. She used pen and ink as if it were first nature to her.

As mentioned, there is also included in Anne Brigman the prose and poetry of Brigman. The authors also provide an excellent narrative of authors and philosophies which shaped Brigman and her work. For example, we learn that Brigman never hired professional models. She, her siblings, and friends served as her nude subjects. She described her models as “slim, hearty, unaffected women.” The photographic outcome reflects the blending of the unaffected women in harmony with sinuous nature.

A glance at Brigman’s early life provides an advance picture of the bold woman she would become. She was born in the windward cliffs area overlooking Honolulu, Hawaii, in 1869. She lived among wild beauty until age 16, when her family moved to California. There she married sea captain Martin Brigman in 1894. She made several voyages to the South Seas with him. On one voyage, so it is thought, she was severely injured. Thereafter, by 1900, she remained in Oakland while he traveled. By 1901, she was involved in photography. By 1902, there were public displays of her work. In 1910, she and her husband separated.

Anne Brigman is faithful to her background. Before her lens, the energy of the restless sea and wind pause but for a moment before moving on. The soft lines of the female body easily merge into the rocks and trees around them. The totality of her work announces the risks taken and the losses suffered to mold her art, her independence and her singular world view. Anne Brigman is a marvel to be fully enjoyed.