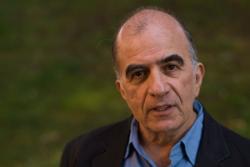 Martin A. David calls himself an “Arts Practitioner.” He came up with that title to simplify explanations of what he does. He is a writer who has published six books (The Dancer’s Audition Book, An Actor Analyzes a Script, Karpstein Was Hiding, Shtetl In My Mind, and Death in 5, Let the World Lend a Hand), over 1,200 magazine, newspaper, and online articles, and seven book-length translations (Danish to English, but he also translates French, Spanish, and Norwegian to English).

Mr. David is a working actor and director whose first professional role was in Joe Papp’s Shakespeare company in New York; more recently he played a mob boss in a music video. He is a modern dancer and choreographer who has directed modern dance companies in Europe and the U.S. He also writes plays and several, including Leaden Skies, a holocaust-themed work, and The Rehearsal, have been seen as part of the San Francisco Theater Festival.

Books by Martin A. David

Shtetl In My Mind

Book Reviews by Martin A. David

America Dancing: From the Cakewalk to the Moonwalk

“an important entry into the literature of American dance history. It deserves recognition as a classic.”

Ziegfeld and His Follies: A Biography of Broadway's Greatest Producer

Florenz Ziegfeld Jr was one of the many complex individuals who shaped American theater.

Beautiful Chaos: A Life in the Theater

“Carey Perloff’s leadership of American Conservatory Theater is one of the reasons San Francisco remains a respected center of the art form in our country.”

Drama High: The Incredible True Story of a Brilliant Teacher, a Struggling Town, and the Magic of Theater

Life's Operating Manual: With the Fear and Truth Dialogues

“Unfortunately, Life’s Operating Manual is not the book to dispense to the caretakers of all the new arrivals at your local maternity ward.”

Blood on the Stage, 1975–2000: Milestone Plays of Crime, Mystery and Detection

Scholarly research can be a wonderful thing. It can connect the dots between seemingly diverse topics and reveal relationships that are not obvious to the casual observer.

The Little Blue Book for Filmmakers: A Primer for Directors, Writers, Actors, and Producers

“Janyce Stefan-Cole may not have had a tight hold on the reins in this novel, but there are numerous implied promises that there are stronger works waiting to roll off her keyboard.”

The Actor as Storyteller: An Introduction to Acting

“There are no vagaries in The Actor as Storyteller. Everything, right down to the section on ‘Knowing the right people’ is realistic, specific, and precise. Mr.

Bringing the Body to the Stage and Screen: Expressive Movement for Performers

“Nothing about Bringing the Body to the Stage and Screen is hasty or superficial. Author Lust offers the essences of the work in every page. 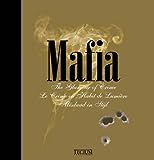 Mafia: The Glamour of Crime

“Ms. Meynendonckx’s book gives an international view of movie crime and its bloody, reality-based equivalent. Much of the focus is on crime in America and the Hollywood version of same. .

“The nine short works are not all theater masterworks, but they are a fair representation of the spectrum of styles and subjects being examined by contemporary playwrights.”

Fundamentals of Theatrical Design: A Guide to the Basics of Scenic, Costume, and Lighting Design

Toward a General Theory of Acting: Cognitive Science and Performance

Staging the People: Community and Identity in the Federal Theatre Project (Palgrave Studies in Theatre and Performance History)

“Ms. Osborne’s research into the life—and unfortunately, the death—of the Federal Theatre Project (FTP) goes well beyond the project itself.

Reassessing the Theatre of the Absurd: Camus, Beckett, Ionesco, Genet, and Pinter

“Setting up and arguing with a straw man is a good philosophical technique. The problem here is that the straw man appears to have won the argument.”

One often approaches a sequel or second edition with a certain amount of trepidation.

An Improvised Life: A Memoir

Alan Arkin can be called an actor’s actor. He is immersed in the craft of acting, and he has been since childhood.

Author Lipstadt’s name entered the headlines when she was sued for libel by the Holocaust denying pseudo-historian David Irving.

Richard Schickel’s Conversations with Scorsese is accurately named. It is a 448-page notebook filled with transcribed conversations.

I Was a Dancer

Autobiographies by non-writers have a special flavor. Sometimes they taste like entrées prepared by non-cooks—just a little off target.

After a smash hit success with Seabiscuit, her book about a horse, Laura Hillenbrand has taken on another runner as the focal point of her new book.

Building Your Play: Theory and Practice for the Beginning Playwright

Author Rush, a college playwrighting teacher and the author of several produced plays, has created a masterful textbook for playwrights. He gives the basics of the craft in clear, simple language.

In many circles it is highly recommended—and in most universities, required—that student actors read the volumes of scripture-like pronouncements by Stanislavsky, Brecht, Vakhtangov, Grotowski, an

Today’s wired generation may sing “Oh, What a Beautiful Morning” from the musical, Oklahoma, in the shower without ever having the family name Hammerstein cross their minds.

Full disclosure demands that I start by revealing that I am also a translator of Scandinavian languages. That’s what led me to pick up this book. 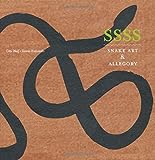 Steve Heller is an astute cultural observer and historian. He sees and hears the icons of culture and uses a flowing narrative style to pin them down for the rest of us to examine.

Monologue Mastery: How to Find and Perform the Perfect Monologue

Monologues are important items in an actor’s tool kit. Most audition situations require an actor to deliver a monologue as part of the casting process.

Ibsen and the Irish Revival

Empire of Dreams: The Epic Life of Cecil B. DeMille

Wendy Richmond has put together a swirling assortment of ideas, observations, tips, philosophy, quotes, and anecdotes about art.

A History of Horror