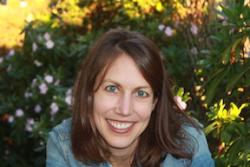 Katya Cengel is a freelance writer and author based in California. Her work has appeared in New York Times Magazine, Marie Claire, Newsweek, the Wall Street Journal, and the Washington Post among other publications. She has reported from North and Central America, Europe, Asia, and Africa and was based in the former Soviet Union for half a decade. She was a features and news writer for the Louisville Courier-Journal from 2003 to 2011.

She is the author of Independent Publisher Book Award (IPPY) 2020 winner and Foreword Indies 2019 winner From Chernobyl with Love: Reporting from the Ruins of the Soviet Union (Potomac, 2019), Exiled: From the Killing Fields of Cambodia to California and Back (Potomac, 2018), and 2013 Kentucky Literary Award finalist Bluegrass Baseball: A Year in the Minor League Life (Nebraska, 2012).

She has been awarded grants from the International Reporting Project, the International Women’s Media Foundation, and the International Center for Journalists. Her series on the families of the Lost Boys of Sudan received a second place feature writing Society of Professional Journalists Green Eyeshade Award, and her 2017 article "My Brother's Killer Is Now My Friend" was named one of BBC’s “Best Big Reads of 2017.”

From Chernobyl with Love: Reporting from the Ruins of the Soviet Union

Exiled: From the Killing Fields of Cambodia to California and Back

Bluegrass Baseball: A Year in the Minor League Life

Deer Creek Drive: A Reckoning of Memory and Murder in the Mississippi Delta

Beverly Lowry is clear: Deer Creek Drive: A Reckoning of Memory and Murder in the Mississippi Delta is not a memoir.

Tears Over Russia: A Search for Family and the Legacy of Ukraine's Pogroms

The pogroms of Russia have long served as the backdrop to bigger stories.

Unmask Alice: LSD, Satanic Panic, and the Imposter Behind the World's Most Notorious Diaries

From the very start of Unmask Alice: LSD, Satanic Panic, and the Imposter Behind the World’s Most Notorious Diaries, Rick Emerson makes big promises.

AMORALMAN: A True Story and Other Lies

Secrets are at the center of Derek DelGaudio’s memoir A Moral Man. There are the secrets he chooses to keep and the ones he decides to reveal.

Inette Miller has the distance and detachment of a journalist trained to see the big picture—and the heart of a woman who understands what it is like to be “the other.” It is these differing perspe

Floating in a Most Peculiar Way: A Memoir

From the start it is clear Floating in a Most Peculiar Way is going to be a journey of discovery like few others. Not many people can say they are from a country that no longer exists.

Lightning Flowers: My Journey to Uncover the Cost of Saving a Life