Floating in a Most Peculiar Way: A Memoir 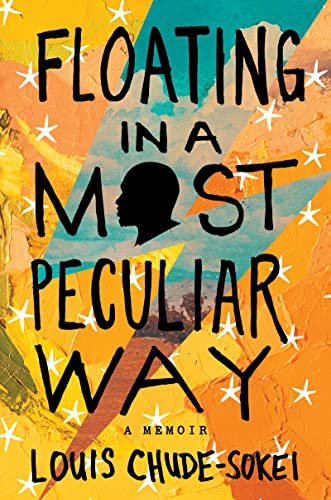 From the start it is clear Floating in a Most Peculiar Way is going to be a journey of discovery like few others. Not many people can say they are from a country that no longer exists. Yet that is not the most extraordinary thing about Louis Chude-Sokei’s memoir. What stands out are the words Chude-Sokei uses to recount his upbringing in Jamaica and the United States after being born in Biafra—a short-lived African state that declared independence from Nigeria in 1967.

Biafra was not destroyed in 1970, it was “disappeared” or “killed” according to his mother, a Jamaican woman who married an African man and helped found Biafra. The simplicity of the language makes it all the more heartbreaking. Left behind with other children in Jamaica while his mother goes to work in the U.S., Chude-Sokei’s simple acceptance of how adults journey to America never to return, is crushing.

“This wasn’t surprising because America was a place where people disappeared all the time, mothers in particular.”

In this and other early sections of the book where Chude-Sokei describes his childhood he does so through the frank and limited voice of a child. Readers don’t learn about the politics of Biafra but about the only thing Chude-Sokei had with him when he left Africa, a song: not an African song, a Western one from a band that belongs to the world, The Beatles.

The children Chude-Sokei finds himself living with at a home for left behind children in Jamaica are introduced by where they are destined: Canada, the U.S., England. When strange men from Africa visit and tell him the story of his origin as the “the first son of the first son” he relates it to the comic books he reads. As time passes and interest in Biafra wains the visitors become “duller and increasingly less impressive.”

Aside from these visitors Chude-Sokei’s world is largely that of women, his father having been taken from him along with his country before he was old enough to remember either. The search for his homeland, his father and who he is are all central themes in Chude-Sokei’s memoir, but this is not a dry self-absorbed academic exploration, although Chude-Sokei is in fact an academic. It is a story with an imperfect protagonist whose honesty and, even his anger, make him endearing. When he finally arrives in America only to be greeted by more women, a young Chude-Sokei is devastated.

“I’d expected men in America,” he writes. “I’d earned them.”

Later, he begins a chapter on the same subject almost as if no space has passed. “Still, the absence of men troubled me,” he writes. It is as if he has started mid-conversation, a tactic that feels intimate and authentic, almost like an old friend revisiting a past conversation. Language is used to show the loss of men in more direct ways as well.

“Uncle had been gone so long that his presence was felt largely through a pause in the family’s language, a linguistic instability as they struggled to determine which tense to use when speaking of him.”

Chude-Sokei’s life has been challenging. Still, he does not dwell on his hardships, instead they are mere backdrops for his stories. This is narrative storytelling at its best; the story moves along through action and objects. There are the things Chude-Sokei must leave behind in Jamaica—and the people attached to them. It is through these objects that he talks about his molestation, almost like a footnote. As Chude-Sokei grows older and journeys from Washington, DC, to Los Angeles, back to Jamaica, and then finally to Africa, he struggles with the expectations of his older relatives, the expectations of Black Americans and his own expectations. He is both African and American, a native Jamaican and a visitor.

Chude-Sokei’s world is not white and black, it is more nuanced. When he is told he is “acting white” he recognizes it isn’t because what he is doing is white so much as it is unfamiliar to the people around him. In talking about race and identity Chude-Sokei is brutally honest, admitting that when he becomes a Black scholar, having a cousin in jail was useful.

The issues he raises are serious and heavy. Chude-Sokei doesn’t shy away from their complexity. But he also doesn’t stray into theory and the abstract. Chude-Sokei’s life is a lived one, with all its imperfections and disappointments. The memoir could be dark, but it is not. Chude-Sokei’s story doesn’t come together perfectly in an uplifting ending. His is a more complete story that uses humor to light the darkness. When Chude-Sokei finally works up the courage to talk to his mother about his late father and Biafra all she wants to talk about is a wooden egg from India. Chude-Sokei asks her why his father was in India and if he had anything to do with Nigeria’s 1966 coup. His mother sidesteps his probing questions with enquiries about the egg.

“Do you know where it is?” and “Could you bring me the egg, please?” and, finally, “I will be truly distraught if that egg is not in this house.”

While few of us know what it is like to be from a country that doesn’t exist almost all of us can relate to the egg story, and that is the true beauty of this book.