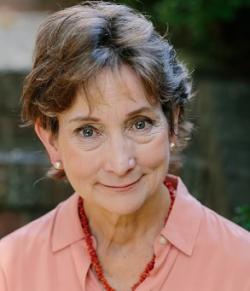 Ellen Prentiss Campbell is the author of the historical novel The Bowl with Gold Seams (Apprentice House Press, 2016), which received the Indy Excellence Award for Historical Fiction, and the short story collection Contents Under Pressure (Broadkill River Press, February 2016), was nominated for The National Book Award. Her latest novel, Frieda’s Song, was published May 2021.

Her short fiction has been featured in numerous journals including The Massachusetts Review, The Delmarva Review, and The Potomac Review. Her essays and reviews appear in venues including The Fiction Writers Review, where she is a contributing editor, and The Washington Independent Review of Books.

A graduate of The Bennington Writing Seminars, Simmons School of Social Work, and Smith College, Ms. Campbell practiced psychotherapy for many years. As a writer, a reader, and a therapist she always seeks to uncover the story between the lines and behind the words. Reading and writing have been lifetime passions. The personal connection to place, the role both the natural and the built environment play in real and fictional lives, is central to her writing.

An enthusiastic traveler, her own favorite places include Kyoto and Mexico City. Ms. Campbell grew up in Rockville, Maryland; lived in New York, London and Boston; and returned to Maryland to raise her family. She lives with her husband in Washington, D.C., and summers in Manns Choice, Pennsylvania.

The Bowl with Gold Seams

“this novel offers the pleasures of a poetic travelogue and an homage to a place and culture . . .”

“Staten Island Stories concerns ugly times and circumstances, but the people and the stories are beautiful.”

“The novel may be cool as it opens, but the ending is white hot. Both the unnamed family and the anonymous migrant children succeed as individual characters.

“The collection’s prevailing tone may be that of quiet melancholy, but it is suffused with joy.”