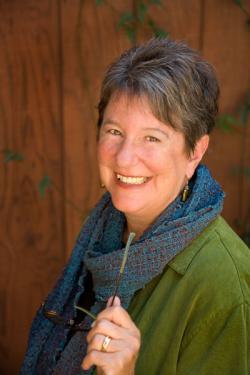 Elaine Elinson is coauthor of Wherever There’s a Fight: How Runaway Slaves, Suffragists, Immigrants, Strikers, and Poets Shaped Civil Liberties in California, winner of a Gold Medal in the California Book Awards. She served two decades as the communications director of the American Civil Liberties Union of Northern California, and is currently a researcher for the National Park Service on civil rights history.

Her articles and book reviews have appeared in the Los Angeles Review of Books, the San Francisco Chronicle, Truthdig.com, The Nation, Woman’s Day, and other publications. She was named a San Francisco Library Laureate in 2010.

She is a former journalist in Southeast Asia whose first book, Development Debacle: The World Bank in the Philippines, was banned by the Marcos regime.

Development Debacle: The World Bank in the Philippines

Spell Heaven: and Other Stories

“In lyrical, often shimmering, language, Mirosevich finds meaning and memory in the lives lived  by the . . . sea . . .”

The National Road: Dispatches From a Changing America

Though Tom Zoellner’s The National Road: Dispatches from a Changing America came out at the end of this unprecedented year, it is unlikely that even the author could have imagined the “cha

Vanguard: How Black Women Broke Barriers, Won the Vote, and Insisted on Equality for All

“Vanguard serves both as a tocsin and an inspiring map forward if we are to protect voting rights for all.”

The New American: A Novel

The story of a hero seeking to return home is one of our earliest forms of literature—the obstacles that Odysseus faced on his journey back to Ithaca are etched in our collective mind.