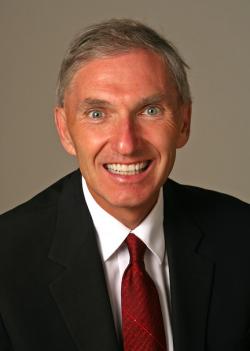 A three-time Fulbright scholar who has taught extensively in Europe and Asia, and the winner of the Leslie A. Whittington national award for excellence in public affairs teaching, he is the author of more than 35 books and 200+ articles on various aspects of American politics, election law, and the media and politics, and he is regularly interviewed and quoted in the local, national, and international media on these subjects including the New York Times, Wall Street Journal, Washington Post, the Economist, and National Public Radio.   His most recent books are  Encyclopedia of Money in American Politics (2018) and Presidential Swing States (2018).

Prior to teaching, Professor Schultz also served as a city director of code enforcement,  zoning, and planning and worked as a housing and economic planner for a community action agency.

Money in American Politics: An Encyclopedia

The Conservative Revolution of Antonin Scalia

American Politics in the Age of Ignorance: Why Lawmakers Choose Belief over Research (Palgrave Pivot)

The Andromeda Galaxy and the Rise of Modern Astronomy

Encyclopedia of The First Amendment (Vols. I & 2)

Rule of the Robots: How Artificial Intelligence Will Transform Everything

“This is a fun and informative book for those who want a good overview of the history, present, and future regarding what a world where robots might rule.”

Eight Days in May: The Final Collapse of the Third Reich

Survival of the City: Living and Thriving in an Age of Isolation

As is true with so many things, the pandemic has both brought to light new problems as well as highlighted old ones and hastened trends already occurring. The same is true when it comes to cities.

Antitrust: Taking on Monopoly Power from the Gilded Age to the Digital Age

Bigger is not better, at least when it comes to corporate power and economic concentration. This is the thesis of Minnesota Senator Amy Klobuchar whose book on antitrust law is published in concert

Antigone Rising: The Subversive Power of the Ancient Myths

“tells a compelling story why the classics deserve a new look.

All About the Story: News, Power, Politics, and the Washington Post

The role of the news establishment and the American newspaper has undergone several profound transformations in American history.