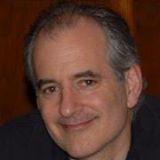 Ted Sturtz established New York Journal of Books, LLC, during an extended break from a long career in finance. As an investment banker, Ted covered media companies, including publishers, for ten years. He ghost-authored a business-category book released in the fall of 2009 that received numerous highly favorable reviews. Ted majored in fiction writing as an undergraduate at Brown University.

"there is fact-driven brilliance in Bloodsport’s pages."

Do Cool Sh*t: Quit Your Day Job, Start Your Own Business, and Live Happily Ever After

“. . . this quick read is chock full of complications.”

Kiss Your BUT Good-Bye: How to Get Beyond the One Word That Stands Between You and Success

“. . . brimming with sage advice about how to use social media tools. In the end it most succeeds where many other books come up short: in fully communicating . . .”

The Tao of Twitter: Changing Your Life and Business 140 Characters at a Time

For many, Twitter is the Seinfeld of social networking sites: the one about nothing.

“Social networking newcomers: Munch on this book like you would a good snack.”

“The Kickstarter Handbook should be read by anyone contemplating a Kickstarter campaign.”

This review is something different.

“The Art of SEO is the Holy Grail of search engine optimization books.”

The Founder's Dilemmas: Anticipating and Avoiding the Pitfalls That Can Sink a Startup (The Kauffman Foundation Series on Innovation and Entrepreneurship)

“Do not start a startup without this book.”

“Click Millionaires by Scott Fox has its virtues. The absence of naked self-promotion is not one of them.”

The Bootstrapper's Guide to the Mobile Web: Practical Plans to Get Your Business Mobile in Just a Few Days for Just a Few Bucks

“...a practical guide served straight up, an indispensible toolbox crammed with no-nonsense methods and practices for getting your website mobile..”

“For that tiny percentage of readers who build their own computers, shamelessly reduce tech support drones to puddles, and know just enough to be, well, dangerous, this may just be the book

This Is a Soul: The Mission of Rick Hodes

Rick Hodes grew up on Long Island. There was nothing in his background to suggest that he would become a doctor who devoted his life to some of the sickest and poorest souls on our planet.

The Ascent of Money: A Financial History of the World

Well over a year passed between the publication of Niall Ferguson’s The Ascent of Money in hardcover and the paperback text reviewed here.

The prose of Joyce Carol Oates has long established her as a living national treasure.

Too Big to Fail: The Inside Story of How Wall Street and Washington Fought to Save the Financial System---and Themselves

Andrew Ross Sorkin has written what many consider the definitive book on both Lehman Brothers and the financial crisis.

On the Brink: Inside the Race to Stop the Collapse of the Global Financial System