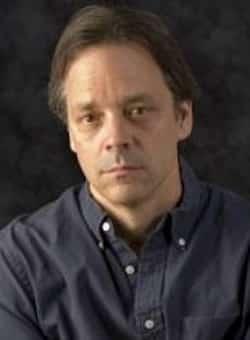 Paul Street is an author, journalist, political commentator, historian, editor, and speaker based in Iowa City, Iowa, and Chicago, Illinois. He is the author of seven books to date, including Barack Obama and the Future of American Politics (Paradigm, 2008) and They Rule: The 1% v. Democracy (Paradigm, 2014). Mr. Street is a regular contributor to Truthdig, telesur English, Counterpunch, Black Agenda Report, and Z magazine.

Mr. Street has doctorate in U.S. History from Binghamton University and has taught in a large number of Chicago-area colleges and universities. He was Director of Research at The Chicago Urban League (from 2000 through 2005),

Empire and Inequality: America and the World Since 9/11 (Cultural Politics & the Promise of Democracy)

Barack Obama and the Future of American Politics

The Empire's New Clothes: Barack Obama in the Real World of Power

Crashing the Tea Party: Mass Media and the Campaign to Remake American Politics

They Rule: The 1% vs. Democracy

How Fascism Works: The Politics of Us and Them

The title of this short but important book is a bit off.

Pictures of a Gone City: Tech and the Dark Side of Prosperity in the San Francisco Bay Area (Spectre)

American Discontent: The Rise of Donald Trump and Decline of the Golden Age

Russian Roulette is essential reading for anyone interested in the strange story of Donald Trump’s complex and disturbing relationship with Russia.

The Presidency of Barack Obama: A First Historical Assessment

“The Presidency of Barack Obama: A First Historical Assessment is a welcome and useful first look by first-rate historians at the still very incompletely excavated record of the hi

Fire and Fury: Inside the Trump White House

U.S. Politics in an Age of Uncertainty: Essays on a New Reality

“a brilliant and indispensable intervention from the socialist left on the real historical, class, and sociopolitical forces at play beneath the national political freak show that is the ne

Hacks: The Inside Story of the Break-ins and Breakdowns That Put Donald Trump in the White House

For some time now, the United States’ two dominant political organizations have functioned less as real political parties than as corporate fundraising platforms and vehicles for the promotion of b

Democracy in America?: What Has Gone Wrong and What We Can Do About It

“brilliant, indispensable, and highly accessible . . . examination of the inner undemocratic workings of a U.S.

In the Shadows of the American Century: The Rise and Decline of US Global Power (Dispatch Books)

“a brilliant and deeply informed must-read for anyone seriously interested in geopolitics, the history of Empire, and the shape of the future.”

Conscience of a Conservative: A Rejection of Destructive Politics and a Return to Principle

“Flake is to be applauded for courageously calling out Trump and his many enablers in the Republican Party for their dangerous dance with authoritarian and bigoted white nationalism.”

“Rising Star is an epic triumph of personal and political biography.”

Locking Up Our Own: Crime and Punishment in Black America

James Forman Jr.’s new book tells an all-too-hidden and tragic part of the story of the rise of the racist mass incarceration state in the United States.