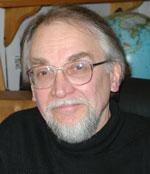 David Olle has been a freelance writer for 16 years, specializing in topics in medicine and animal science.

Mr. Olle developed his skills as a writer while working as a researcher in animal nutrition and veterinary drug development. He prepared clear and comprehensive reports on the results of research studies for professional audiences, including company colleagues and FDA reviewers for New Animal Drug Applications.

Mr. Olle branched out on his own to become a freelance writer. He has used his skills in clinical experimental design and statistical analysis to critically evaluate published medical trials. He wrote articles for an online company for many years on the topic of new cancer treatments. This expertise allowed him to review a new oncology book for The Lancet Oncology. He wrote two chapters for a proposed new edition of a medical book. For the last four years, he has written a series of essays on a wide range of medical and animal science topics that are used in encyclopedias published by Salem Press. He is the author of GERD: Living With Acid Reflux Disease​.

Mr. Olle has also been involved in designing, writing, and editing online and print newsletters. He has held several executive positions with the American Medical Writers Association, New England Chapter, including President, Program Manager, and Director of Membership Awards.

The Kidney Sellers: A Journey of Discovery in Iran

“Fry-Revere makes stark comparisons between the kidney donation program in the U.S. and Iran. Dialysis is portrayed as a very poor alternative to kidney transplants . . . Most U.S.

The Antidote: Inside the World of New Pharma

In The Antidote, Barry Werth continues the saga of Vertex Pharmaceuticals, a journey begun in his previous book The Billion Dollar Molecule.

Nutrition is often a controversial topic, and a vast number of dietary fads have come and gone.

Predictive Health: How We Can Reinvent Medicine to Extend Our Best Years

Angst: Origins of Anxiety and Depression

Angst is variously defined as a feeling of anxiety, apprehension, depression, dread, or insecurity. It is very much a modern malady affecting at least 20% of the population.

Unaccountable: What Hospitals Won't Tell You and How Transparency Can Revolutionize Health Care [Review I]

The Ravenous Brain: How the New Science of Consciousness Explains Our Insatiable Search for Meaning

“As the AIDS epidemic enters its fourth decade, AIDS-related deaths have stabilized in most regions of the world, except for Eastern Europe and Central Asia.

Man and Wound in the Ancient World: A History of Military Medicine from Sumer to the Fall of Constantinople

“Richard Gabriel undertakes a formidable challenge in writing on a topic little understood: the history of ancient military medicine. By all accounts he has brilliantly succeeded. Dr.

The Wandering Gene and the Indian Princess: Race, Religion, and DNA

“The Wandering Gene and the Indian Princess took ten years to write and was very highly researched. Mr.

Lifeblood: How to Change the World One Dead Mosquito at a Time

“In order to dramatically illustrate the effectiveness of the malaria campaign, Mr.