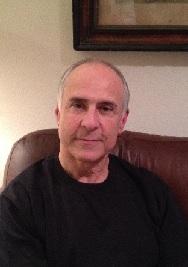 He is a graduate of the Ohio University School of Journalism, with a major in newswriting and editing. In addition to his work within the newspaper field, Mr. Gantos has spent more than 30 years in executive level marketing, public relations and communications roles.

During these experiences, he has had the opportunity to write extensively about major medical breakthroughs and ground-breaking medical procedures, and also interview major medical and sports figures.

Mr. Gantos also brings more than 40 years researching the great battles of World War II, with a particular interest in the titanic military struggles between the German military machine and the Soviet Red army on the Eastern Front.

He is the author of the first two books of a sci-fi military adventure series, Planet Earth Battle Squad: The Serge Blair Chronicles as well as a yet-to-be published coming-of-age in the 1960s novel, The Kickball Wars.

He currently lives in Texas with his wife, Imogen.

Off Speed: Baseball, Pitching, and the Art of Deception

“Off Speed is very much like the perfect game it describes: a true gem.”

Fire in My Eyes: An American Warrior’s Journey from Being Blinded on the Battlefield to Gold Medal Victory

Every once in a while, every American needs to pick up and read a book like Fire in My Eyes: An American’s Journey from Being Blinded on the Battlefield to a Gold Medal Victory by

The Games: A Global History of the Olympics

Renowned sportswriter David Goldblatt’s encyclopedic history of the Olympic Games is a timely and impressively expansive view of arguably the world’s most beloved sporting event, as he chronicles t

Greatness in the Shadows: Larry Doby and the Integration of the American League

Alone on the Wall

In Alone on the Wall, author and free solo climbing phenomenon Alex Honnold with veteran climber and mountaineering author David Roberts, make a game attempt at doing the impossible: captu

Speed Kings: The 1932 Winter Olympics and the Fastest Men in the World

“as entertaining an adventure story as most great novels.”

The Grind: Inside Baseball’s Endless Season

No other professional sport relentlessly pounds away at all its participants like the 162-games of a major league baseball season, and author Barry Svrluga’s book, The Grind: Inside Baseball’s

Strangers in the Bronx: DiMaggio, Mantle, and the Changing of the Yankee Guard

Baseball fans with an appreciation for those rare instances when the game produces an intersecting of the baseball careers of two teammates who become baseball immortals, will enjoy author Andrew O

Playing As If the World Mattered: An Illustrated History of Activism in Sports

Author Gabriel Kuhn’s Playing As If The World Mattered: An Illustrated History of Activism in Sports is a thoughtful and easy to digest compilation of one-page commentaries with supporting

The Game: Inside the Secret World of Major League Baseball's Power Brokers

“through it all, Major League Baseball not only survives, it flourishes. There is no game like it.”

The Secret Game: A Wartime Story of Courage, Change, and Basketball’s Lost Triumph

“The Secret Game is a compelling and truly American story.”