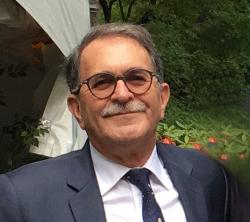 Richard Nagler (born 1947) is an American businessman and photographer. Four critically-acclaimed monographs of his photography have been published.

Throughout his career he has collaborated with literary and art luminaries including Isaac Bashevis Singer, Allen Ginsberg. Ishmael Reed, Lawrence Ferlinghetti, and Peter Selz, among others.

His latest book, Looking at Art: The Art of Looking was awarded the Gold Medal for Photography in the Non-Fiction Book Awards (2014), the First Prize in Photography at the Beverly Hills Book Awards, and was a finalist in the Indiefab Book Awards for 2014.

My Love Affair With Miami Beach

Oakland Rhapsody: The Secret Soul of an American Downtown

Word on the Street

Looking at Art, the Art of Looking

“an important analysis and catalogue of a genius at work with a smirk on his never-seen face. The aggregate of his art is Banksy’s validation and legacy.

“For those seeking an encyclopedic understanding of photographic art history, Photography by David Bate is an essential book and is highly recommended.”

“These masterworks by Levitt have cemented her reputation in the archives of major museums around the world and on the walls of serious collectors of photography.”

How Photography Became Contemporary Art: Inside an Artistic Revolution from Pop to the Digital Age

“Mona Kuhn: Works will secure her prominence as an artist who has a love for life and and the ability to manifest that love through beautiful photography.

”Many will judge that, despite all the emotional chaos, William Feaver has cornered a lion, and that Lucian Freud has earned his place in the pantheon of great post-war realist painters.

“Steve McCurry’s photographs speak to the human experience around the world with wit, compassion, and perspicacity blended with a brilliant photographic talent and an eye f

”Magnum Artists is a must-have for the libraries of art lovers and photography aficionados everywhere.”

“Photography’s Last Century is an indispensable addition to one’s library.

There is no question that Jacques Henri Lartigue is one of the leading figures of 20th century photography.