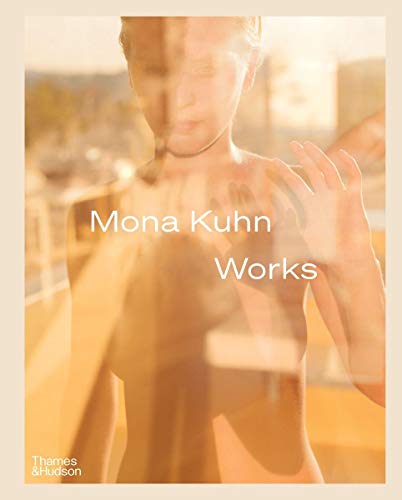 “Mona Kuhn: Works will secure her prominence as an artist who has a love for life and and the ability to manifest that love through beautiful photography.”

Mona Kuhn: Works is a comprehensive retrospective of the artist’s last two decades as a fine arts photographer. Kuhn has became known and celebrated for her large-scale photographs of the human figure in the nude.

The book is divided into ten sections starting with Early Depictions 1996–2002 and ending with her latest works She Disappeared into Complete Silence 2014–2019. There are four essays by prominent authors and an interview with Kuhn by Elizabeth Avedon. The text, which introduces the photographic chapters, provides an interesting and important background to the photographer’s life story and artistic ambitions.

Kuhn was born in Brazil in 1969 of German ancestry. She received her first camera, a simple Kodak Pocket Instamatic, as a present for her 12th birthday. She  began by photographing her friends and her physical environment. Her parents and grandparents instilled in her a love for art and for the natural world and those themes stayed with her and are integral to her photography. Her multilingual proficiency gave her the freedom to travel extensively and to nurture her talents. She began to spend time in France with naturisme devotees whose comfort with nudity led her to begin her love affair with the human form.

Influenced by her experiences in France, Kuhn burst into the art world pantheon in her thirties with the body of work which is captured in the second section, Evidence 2000–2008. She made a shift from the earlier black-and-white work, which is shown in Early Depictions 1996–2002, to color and she then began to create her distinctive style of photographing the nude.

With her new color palette, Kuhn‘s nudes became more atmospheric and ethereal. She began to capture accompanying figures and objects in the background in her signature style which is soft-focused, dreamy, and other-worldly.

In the book’s interview exchange with Elizabeth Avedon, Kuhn says at one point, “Photographing someone in the nude is my attempt to reach that moment of perfect balance, the light of awareness in the way we perceive life to be.”

Kuhn achieves that perfect balance by capturing her models and friends with deep respect and reverence. The subjects of her photographs are shown to be quite comfortable in their skin. There is no ambivalence or self-doubt in their gazes. Her subjects are simply nude and never naked. Their ease before the camera serves more to comfort than to confront the viewer.

The bodies she captures with her camera are dignified by their collaboration with the photographer. Their implicit trust with Kuhn yields images that are often mysterious, powerful, and beautiful without any hint of exploitation. Her photographs are a quiet antidote to a loud and intrusive world.

Kuhn studied her art in many places around the world, but in San Francisco her early work with the figure was influenced and amplified by the great painters of the Bay Area Figurative Movement, including David Park, Richard Diebenkorn, and Nathan Oliveira. She also became the photographic heir and beneficiary of the seminal California figure photographers Edward Weston and Ruth Bernhard.

Mona Kuhn now calls the Los Angeles area her home, and the Southern California atmosphere is clearly influencing her latest work. The final two sections of the book: Bushes and Succulents 2017–2018 and She Disappeared into Complete Silence 2014–2019 are both influenced and amplified by the flora and fauna of the nearby deserts.

The photographs in Mona Kuhn: Works are meditative, calming, and contemplative. Her work is simultaneously sensual and spiritual. Mona Kuhn: Works will secure her prominence as an artist who has a love for life and and the ability to manifest that love through beautiful photography.