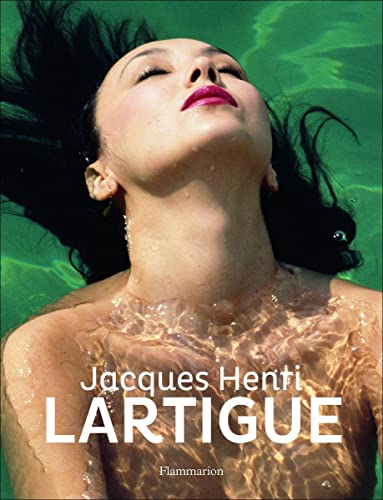 There is no question that Jacques Henri Lartigue is one of the leading figures of 20th century photography. Before Facebook, before Instagram, Lartigue documented his life meticulously from the age of seven in 1901 until his death in 1986. Lartigue fully explored his life and his world through photography and for that wonderful preoccupation we should always be grateful.

Lartigue may have been the first photographer to create a self-portrait of a lifetime and a century. He captured his family, his friends, his wives, and his society with a great joy and a love for his subjects. In so doing, he secured a spot in the pantheon of great photographers whose work will always endure. Lartigue will always be included in discussions of the brightest stars of the photographic constellation.

Lartigue was an amateur photographer, but his work was never amateurish. He inherited his father’s passion for photography but he carried the medium to new and unexpected heights. When his father gave him his first camera at such an early age no one could have predicted the prodigious output and the extraordinary oeuvre that would result over the next 85 years.

Through Lartigue’s lens we see the emergence of the technological wonders of the 20th century. Flying machines and horseless carriages began to redefine society’s definition of travel and speed. Lartigue was there to marvel and to document these wondrous new changes.

The Parisian publisher Flammarion has added immeasurably to our appreciation for Lartigue’s dedication to his archive and his career. Ably translated from the French, this edition adds to our acceptance of this photographer’s place in the company of extraordinary photographic talents. It would have been better if the format of the book were larger to better illustrate Lartigue’s unique artistic talent and vision.

Lartigue’s work is always special and inspiring. One of the first photographs this reviewer ever purchased for his collection was Grand Prix of the Automobile Club of France which was taken in 1912. In one image the photographer has manifested the dynamism, speed, and adventurism of the new century. This image did for photography what the movement named futurism did for painting. In Grand Prix space and time bend with unexpected beauty and form. Time and speed become relative. Grand Prix is one of the most important pictures taken in the 20th century. The blurred lines and spinning tires attest to the new realities of a century that exploded from the Wright Brothers at Kitty Hawk in 1903 to the moon landing in 1969.

Flammarion’s new book has surprises with photographs less familiar. There are photographic gems from Lartigue’s many travels. Lartigue’s images from his trips to New York City and Los Angeles are particularly revelatory.

Flammarion also emphasizes Lartigue’s love of women and the female form. There is a sensuality to Flammarion’s book that is undeniable. The cover photo is enchanting and titillating.

Despite a century that produced war and suffering on a staggering scale, Lartigue maintained his joie de vivre and his attraction to beauty with a healthy sense of humor and a sense of the human. He photographed his subjects with passion and compassion.

Jacques-Henri Lartigue adds to our understanding of this extraordinary talent. The book is a welcome addition to any library.