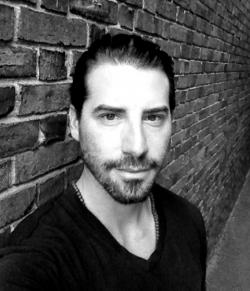 Randy Rosenthal is the co-founding editor and publisher of the literary journals The Coffin Factory and Tweed’s Magazine of Literature and Art, both of which were praised by The New York Times, The Los Angeles Times, Poets & Writers, and Library Journal. While editing these magazines, he has had the honor to work with Joyce Carol Oates, Lydia Davis, Charles Simic, T. C. Boyle, John Banville, and many more distinguished authors from around the world.

He has interviewed many authors and published hundreds of book reviews for Tweed’s and The Coffin Factory, as well as the Daily Beast, The Brooklyn Rail, Bookslut, and The L Magazine.

He has a B.A. in History from U.C.L.A. and an M.F.A. in Creative Writing from the City College of New York. From 2010–2015 he taught writing and English courses at CCNY and Kingsborough College in Brooklyn. He now works as a freelance book editor at bestbookediting.com, and is currently studying religion and literature at Harvard Divinity School.

“to read Seven Types of Atheism is to wrestle with what it means to be alive.”

“let’s also turn back to myth, reframing our scientific narrative within the history of the stories we tell ourselves about what we’re still trying to understand.”

Lenin: The Man, the Dictator, and the Master of Terror

A funny thing one comes across when reading biographies about Russian revolutionaries is how bourgeois nearly all of their lives were.

Things That Happened Before the Earthquake: A Novel

“Barzini mythologizes the Valley of the ’90s, as well as her own adolescence. With her unpretentious yet stylized language she turns the mundane into something sacred.”

Of all Mozart’s piano sonatas, No. 11, “Turkish March,” is the most unique. It’s also his best. And Mathias Énard seems to know why.

Nietzsche declared God was dead over a hundred years ago, but contemporary readers can’t get enough of religion.

Letters to a Young Muslim

Any intelligent person knows that most Muslims are peaceful people, and that they’d tell you Islam is a religion of peace.

It would be easy enough to recount the plot of Peter Stamm’s novel Agnes. But plot doesn’t do justice in expressing why the Swiss author is so enjoyable to read.

Back in March 2010, when Teddy Wayne took the podium at McNally Jackson bookstore to read from his debut novel Kapitoil, someone in the crowd leaned over and whispered, “He’s so smart—he w