Lenin: The Man, the Dictator, and the Master of Terror 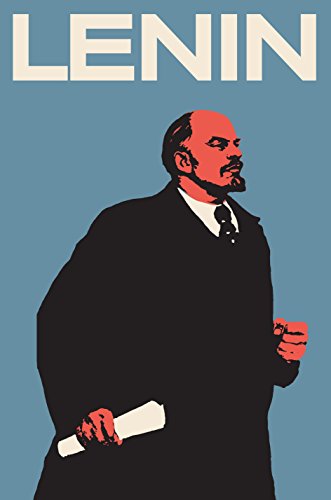 A funny thing one comes across when reading biographies about Russian revolutionaries is how bourgeois nearly all of their lives were. We’d expect such things from Bakunin, who grew up an aristocrat on a large estate, and from Prince Kropotkin, who was, well, a prince. But what about Lenin?

Okay, for a moment forget everything you might know about Lenin. One of Lenin’s favorite things to do was go on vacations in the mountains where he hiked and swam in lakes—a pretty bougie thing to do these days. (After all, Che Guevara said he was too busy carrying out the revolution to go to the Cuban beaches, while Lenin exhorted his comrades to take rest.)

He hated sharing “communal” living spaces, and always wanted a private room. He loved chess, playing multiple games at a time as a youth—and winning. He also loved Beethoven’s “Appassionata” so much he had to keep himself from listening to it too often, because he said it made him soft. He loved riding a bicycle, sometimes going out from early morning until late at night on 30km rides when he lived in Paris. (There’s another thing, like many Russian exiles, he lived in Paris, London, Geneva, and other posh European cities, where he spent most of his day in their cushy libraries.) He worked hard at the pages and with the pen, but he lived off the livelihood of others.

Yet perhaps the most revealing thing about Lenin was that he loved love, keeping up a ménage a tois with his mistress and wife for over a decade. And love, of course, is such a bourgeois sentiment.

Other than this unconventional romance, and the little fact that he drastically changed the world, Lenin essentially lived the conventional life of a workaholic scholar and journalist—albeit, one on the run from the Okhrana, the Tsarist secret police. This all sounds like gossip, but much detail can be had by reading Victor Sebestyen’s 500-plus page biography Lenin: The Man, The Dictator, and the Master of Terror.

Now we can bring back to mind the Lenin we know, because he was every bit of the terror we usually think and more. He was a bully, using vulgar language to out-debate his rivals when he was on the up and up. He was a fanatic and close-minded, and cut anyone who disagreed with him, never able to keep friends.

He manipulated and used people, making them do things he’d never do himself—violence in general, robbery and murder in particular. And he was a ruthless son of a bitch; Molotov later recalled that both Stalin and Lenin were “hard men . . . harsh and stern. But without a doubt Lenin was harsher.”

Harsher than Stalin is something few can claim. But from Sebestyen’s take it seems true. The moment the Bolsheviks seized power from the Provisional Government, Lenin turned on everyone with a bitter nastiness that’s difficult to believe. Like a Russian Mad King, he kept ordering people to be “shot on the spot.”

Not only did he immediately begin to censor the press and restrict basic freedoms and let loose a secret police that terrorized suspected subversives, just as the Tsarist regime had done, he even went after those who had previously hidden and supported him. They’d always support the underdog, he figured, and now it was his enemies who were the underdogs. That’s pretty low.

Yes indeed, Vladimir Illyich is hardly a likable fellow. But all the same, his life is so very interesting to read about. Particularly in Sebestyen’s telling, which reads more like a historical novel than a biography.

What’s more is that even though we know the end to this story, we can’t help turning the pages. The Romanovs will fall. The Bolsheviks will rise. Lenin will succumb to strokes and leave his work of slaughter and terror to a scoundrel. And yet, you find yourself holding your breath as the chapters unfold, as if needing to find out what happens next. You might utter a “my God” upon the close of a chapter or paragraph detailing a anecdote amid the fall of Russian society and subsequent civil war, when mothers killed a child to feed the rest of their family, and lawlessness was such the norm that even Lenin himself was stopped and robbed at gunpoint.

Winston Churchill described Russia at this time as reduced “to an animal form of barbarism.” Always good to know that such a situation is never far off, ever lurking beneath our thin and pretty veneer of civilization, just waiting for the right asshole to come along and tear it all down.