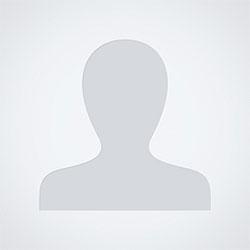 As a writer and advisor, James Rose has written features, commentary, and analysis for various publications including the Wall Street Journal, the Guardian, the International Herald Tribune, the Far Eastern Economic Review, the Sydney Morning Herald, the Washington Post, and the South China Morning Post. His work has also appeared in various periodicals and academic journals.

For 18 months he wrote a seminal weekly column on corporate ethics for the influential Australian financial newsletter Investorweb, and for two years wrote a popular weekly column on China for the widely read Hong Kong daily newspaper, The Standard, for which he was nominated for an award for Editorial Excellence by The Society of Publishers in Asia. He has also acted as a stand-in columnist for the Age newspaper in Australia.

Mr. Rose is founder of Random Ax, a media company focusing on generating media and communications strategies for pro-sustainability and pro-social justice clients. Among his clients are, or have been, the Burmese government in exile, lhe Zimbabwe opposition MDC and, the Western Sahara independence movement (“the last colony in Africa”).

Mr. Rose is also founder of the Kick Project, a charity using soccer to challenged communities worldwide as a means of helping develop peace and reconciliation.

In 2006, he was advisor to the Special Ambassador to the United Nations World Food Program.

In 1999, Mr. Rose started Integrative Strategies, which was one of Australia’s first socially responsible research and analysis companies. By 2001, the company had expanded to offer corporate responsibility consulting and training services. Among the clients of the company were World Vision, Greenpeace, David Jones, ING, Santos, and the Australian Business Council.

Mr. Rose’s book, Ethical and Active Shareholding: An Australian Investor’s Guide, the first of its kind published in Australia, was launched at the Australian Stock Exchange in 2001. This book was rated one of the best investment books of the year by Personal Investor magazine.

He has an Arts degree from Griffith University and a Masters degree in International Politics from Sydney University. He lives with his wife, Clare, and daughter, Aceda, on Australia’s Sunshine Coast, north of Brisbane.

His latest novel is Virus.

To Save Everything Click Here: The Folly of Technological Solutionism

“. . . dogma masquerading as science has dogged humankind like a noxious veil of smoke for centuries.”

The Happy Life: The Search for Contentment in the Modern World

“. . . a valuable foray into the complex depths of a deeply misunderstood and somewhat abused concept.”

The Truth: A Novel

Michael Palin doesn’t look much like a Renaissance man.

“If you’re a social media junkie, read it and weep.”

This Is a Call: The Life and Times of Dave Grohl

“In following this kid from the back blocks, who not only graces the covers of Modern Drummer and of Guitar World in one lifetime, who has made and held a fortune, owns hi

Lost in America: A Dead-End Journey

Two Times Intro: On the Road with Patti Smith

“This is capital L Literature, bursting with intent and ideas, but written as good Literature should be: pitching at street level, without affectation or arch, high-blown language.