The Truth: A Novel 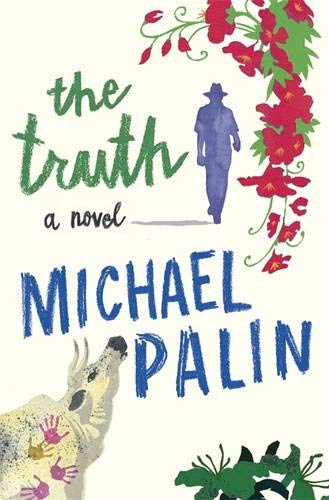 Michael Palin doesn’t look much like a Renaissance man.

A well-worn, hangdog face and an endearing English propensity for comfortable walking shoes and long sleeve shirts tucked into loose chinos have carried him through a cult comedy series on TV, leading roles in some of the more subversively funny movies of the 1980s, and a library of travel documentaries, accompanying books, playwriting, children’s books, art history documentaries, and extensive charity work.

As such, he is as qualified as anyone to write a book—even a fictional book —called The Truth. Not that his novel really offers much that the generation of personal development readers might expect from such a title.

But Mr. Palin can be characterized a kind of Everyman who has just done a lot more and visited a lot more places than most of us. And you feel he is in touch with a pretty firm truth if only at the core of his extraordinary life.

The truth that permeates The Truth is one that struggles to life through the central character, Keith Mabbutt. He is a jaded journalist, a star investigator in his better days, who stumbles onto a potentially career saving commission in the shape of a biography of an elusive environmental activist named Hamish Melville.

This venture sees Mabbutt careening off in all manner of directions in pursuit of not only his subject, but also something deeper. Plot lines scurry and weave through the book, not always satisfactorily or with clear intent, but serving nevertheless to keep the reader nicely intrigued.

London emerges as a special character in its own right as author Palin’s almost Dickensian eye for mood and detail in that great throbbing metropolis creates a vessel for much of the action and story development.

Quasi travelogues in India and eastern Europe remind the reader of Mr. Palin’s peripatetic career and for his ability to set a scene with the minimum of effort, often through the eyes and words of locals or through small, insignificant moments.

While The Truth follows Mabbutt’s own search for a means to cut through life’s many clouds of truths, half-truths, and outright lies, the book is also something of a study of a writer and his world.

Mabbutt’s dealings with the publishing industry are authentically conveyed, if a little melodramatically at times, and the commercial machinery obliged to report on and package the truth comes across as vastly ill-equipped to do so.

For Mabbutt, the balance of values and commercial reality most writers know only too well is constantly upset and recalibrated, and the central character’s ethics are unrelentingly challenged by vested interests that have no intention of airing the truth if it negatively affects their own position.

In such a world what chance does truth have? When so much is arranged against transparency and accountability in business, politics, and personal life, what hope does humanity have to arrive at the truths needed to develop, progress, and evolve?

Essentially it appears to come down to the individual living her own values and managing her own relationship with the truth that describes and fits in her world. We are all, like Mabbutt, hoping to find enough courage to hold ourselves ethically and accord to our values. Perhaps then there is hope.

For Mabbutt and for those around him—not the least his mercurial biographical subject—truth is less an objective, agreed-upon thing that can be held up and defined. Each character has to find a connection to it and not all do so in ways that might be seen to be sustainable or sensible.

In the end, Mabbutt finds something of his own truth. But in doing so he and the reader are left to question the process and to ponder the concept.

The Truth is a fast-paced morality tale with a few thriller twists and some sobering plot lines. Mr. Palin’s style is—like his persona perhaps—steady and beige colored, ensuring that style doesn’t interrupt substance.

While the philosophical promise of the title doesn’t quite deliver, you know you’re in safe hands with the author, that there will be no nasty tricks or plot ripoffs. The Truth is thinking fiction, worthy of the occasional departure from the page to stare off into space to ponder the ideas and dilemmas Mr. Palin highlights.