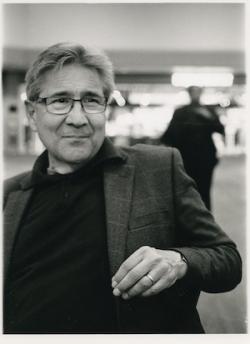 Honors include a National Endowment for the Arts grant for playwrights, the Beverly Hills Theatre Guild Playwright Award, and commissions from South Coast Repertory and the Actors Theatre of Louisville. He has one screen credit, Out There (Showtime). Dog Logic is his first novel and is loosely based on the play of the same name—same setting and characters, but an epically different story.

“The scholarship here is astounding, and the reader leaves the book not only with an abundance of dog-eared pages, but also an appreciation of both the biographer’s subject (i.e., Lehman) a

“As compelling as it is informative and as entertaining as it is terrifying, the novel The Able Archers is a great read and highly recommended.”

In the Company of Patriots

Edmund C. Roberts Jr., Captain US Army, was killed by a sniper’s bullet in Korea in 1951 when his youngest child was eight months old.

“an engaging and fast-moving ride in the company of memorable characters, both good and bad, across a troubling social, cultural, historical and still timely landscape.”

“Mother Tongue is a slim volume of less than 100 pages, but any reader making a small investment in time will reap a windfall return of reading pleasure.”

Escape from Earth: The Secret History of How We Reached Space

“a richly satisfying book, both historically and technologically, and has provided an intimate view into the lives of the people at the birth of the space age. Highly recommended . .