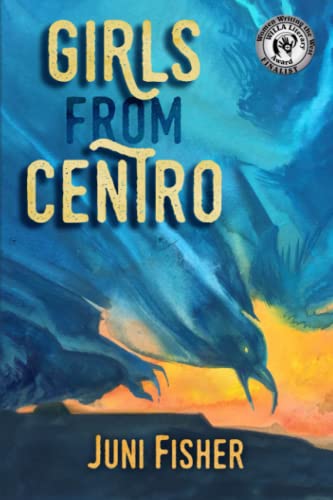 “an engaging and fast-moving ride in the company of memorable characters, both good and bad, across a troubling social, cultural, historical and still timely landscape.”

“I don’t think God was watching when we went through the hole in the border fence like it was the gate in our yard and walked away with our backs to the light of town. We’d left home in early May so we wouldn’t be in the Sonoran Desert in the middle of the June monsoon season. When we got a mile past the United States border, an early storm crawled over the mountains and covered the sky. The roads and ditches filled with water, a fast running wash blocked the trail Mama had picked for us to get away from Nogales.”

So begins a harrowing, suspenseful, and ultimately uplifting story that traces the story of two generations of women and their physical, emotional, and spiritual journey from Mexico to Arizona and back again.

The tale follows two parallel storylines, one set in the late 1940s and the other set in the 1970s and alternates between the two with one told from the first-person point of view of a young girl in the ’70s, and the other told in the third-person observing the events entangling an abandoned young mother and her infant daughter in the ’40s.

The 1940s storyline traces the young mother’s transition from cooking for nuns and orphans in a Mexican convent to a sprawling and prosperous ranch compound in Arizona where she is hired to cook for the ranch owner and his wife who are devout members of an unspecified religious sect. The couple are childless and distant and keep the Mexican kitchen and household staff under strict control. The ranch has an air of mystery and foreboding and secrecy that permeates and drives the story.

The 1970s storyline starts with the illegal border crossing of the young protagonist, her mother and sisters and their grueling trip through the Sonoran Desert bound for a pre-arranged rendezvous. In addition to flash floods, they brave desert sun, coyotes (the two-legged variety), and the US Border Patrol before reaching their destination—the very same sprawling and prosperous ranch compound in Arizona complete with the same air of mystery, foreboding and secrecy, and the now older, distant and childless couple.

The two storylines intertwine with an unexpected, delightful, and very effective third strand of poetry that appears randomly between chapters. The poems aren’t necessarily directly tied to the story, but rather indirectly as harmonics for tone and atmosphere—poems about cockfights, running out of water in the desert, a snakebite. In combination, the three strands create a wonderful yarn that winds both through time and also a convent in Nogales Centro, a hole in the US border, and the Sonoran Desert to a superficially respectable, but intuitively sinister ranch where deceptions, manipulations, pregnancies, secrets, and revelations emerge.

The alternating storylines, time frames, and narrator points of view were very effective in propelling the story relentlessly forward; however, at times they made it difficult to keep some of the characters straight, and the reader often has to flip a few pages to pick up the thread and re-establish context.

There’s a beautiful bookend that concludes the book and deals with the effectiveness of praying the Rosary depending on which side of the US-Mexico border one is praying on.

The novel is an engaging and fast-moving ride in the company of memorable characters, both good and bad, across a troubling social, cultural, historical and still timely landscape.