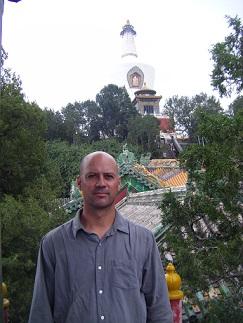 Nathaniel L. Moir is a Ph.D. Graduate Student in the Department of History at the State University of New York at Albany, where he is interested in Global, Comparative, and Intellectual History.

His areas of academic focus include International and U.S. Foreign Relations and the French-Indochina and Vietnam Wars. Additional interests include Counterinsurgency Theory, Security Studies, and Intelligence History of Southeast Asia and Europe.

He is also a Military Intelligence and Psychological Operations-qualified Captain in the United States Army Reserve. Commissioned through Officer Candidate School, he deployed to Afghanistan as a Psychological Operations Detachment Officer-in-Charge in 2010–2011 and subsequently worked from 2011–2013 as Senior Research Analyst in the Program for Culture and Conflict Studies at the Naval Postgraduate School, Monterey, California. In addition to his work with New York Journal of Books, he has published widely in academic and military journals such as the U.S. Naval Institute’s Proceedings, Military Review, Army History, Michigan War Studies Review, and the Journal of Intelligence History, among others.

Prior to David A. Bell’s new work, detailed investigations of the “life and times of Napoleon Bonaparte (1769–1821)” did not evoke notions of a short, slim volume.

Nothing Is True and Everything Is Possible

“readers will find Nothing is True and Everything Is Possible not only unsettling but also difficult to put down.”

Diary of the Dark Years, 1940–1944: Collaboration, Resistance, and Daily Life in Occupied Paris

“Guehenno’s diary is important because it bears witness to war.

Out of the Mountains: The Coming Age of the Urban Guerrilla

“[Dr. Kilcullen] should be regarded as the foremost thinker of his generation on the topic of warfare.”

The Secret War in Afghanistan: The Soviet Union, China and Anglo-American Intelligence in the Afghan War (Library of Middle East History)

“. . . definitely a positive contribution and step in our ongoing attempt to understand this difficult and fascinating country.”

Into the Fire: A Firsthand Account of the Most Extraordinary Battle in the Afghan War

Marching to the Drums: A History of Military Drums and Drummers

“. . . a welcome and interesting work that adds depth and perspective to not only the history of the drum, but military history as well.”

War Comes to Garmser: Thirty Years of Conflict on the Afghan Frontier

Now that the United States and its NATO partners have shifted to the end game in Afghanistan, there is little doubt that in the years and decades to come a significant body of published work will c