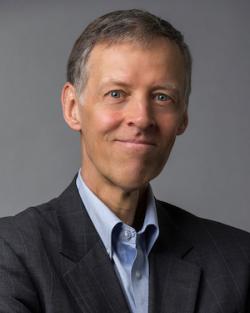 Dr. Robert D. Atkinson is one of the country’s foremost thinkers on innovation economics. With an extensive background in technology policy, he has conducted ground-breaking research projects on technology and innovation, is a valued adviser to state and national policy makers, and a popular speaker on innovation policy nationally and internationally. A sought-after speaker and valued adviser to policymakers around the world, Dr. Atkinson’s most recent book is Big is Beautiful: Debunking the Mythology of Small Business, released in April 2018.

Big Is Beautiful: Debunking the Myth of Small Business (The MIT Press)

Dignity in a Digital Age: Making Tech Work for All of Us

The social and political implications of the digital economy are the source of increasing attention. The latest entry comes from Congressman Ro Khanna, a Democrat representing Silicon Valley.

Jumpstarting America: How Breakthrough Science Can Revive Economic Growth and the American Dream

“an important and interesting book about the future of the United States.”

“if the United States wants to cut health care costs, improve outcomes, and help patients take more ownership of their health, smart, AI-enabled medicine will need to be a top priority.”

Everyone talks about it, but no one does anything about it.

Innovation is a hot topic. And the dominant narrative today holds that innovation comes from lean, hungry startups, not from corporate giants that have become sluggish, risk-averse copiers.

No One at the Wheel: Driverless Cars and the Road of the Future

It seems as if you can hardly go a day without reading about self-driving vehicles.

Artificial intelligence (AI) is a branch of computer science devoted to creating computer systems that perform tasks characteristic of human intelligence. And one of the hottest questions around AI

“Never Lost Again is an enjoyable and enlightening read.”