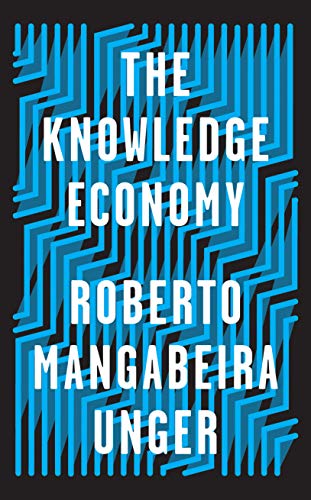 Everyone talks about it, but no one does anything about it. This could be said not only about the weather, but also the knowledge economy: the evolution of advanced economies toward a higher share of skilled work and advanced services. Roberto Unger, a noted Brazilian philosopher and political thinker, wants to change that. He wants to do something about it.

In particular, Unger argues that while knowledge-based production represents today’s economic vanguard (the most sophisticated form of production), just as mass production manufacturing did for much of the 20th century, it is too insular and small. He argues there is too little of it not only in developing nations like Brazil, but also in advanced economies like the United States. Here Unger argues that the knowledge economy is confined to too few regions (think New York City and Silicon Valley) and too few industries (e.g., software and financial services).

For Ungar, this “insular vanguardianism” is the principal cause of most of the world’s economic problems, including growing income inequality and slow rates of productivity and GDP growth. So, much of the book is a call for global agenda to fix this, to develop what he calls “inclusive vanguardianism.”

To get there, Unger is anything but timid. He argues for a wholesale remaking of capitalist economies—not to resurrect socialist systems; anyone looking at the disaster of Venezuela surely couldn’t call for socialism with a straight face. But he goes right up to the edge of socialism in his calls for change, arguing that “we must reshape the institutional arrangements that define the market economy.”

To be sure, some of his ideas, like more government funding for equity capital for startups, and more technical assistance to help companies adopt knowledge economy practices, make sense and deserve to be expanded. But he provides no evidence as to why most of his prescriptions would make the economic patient any better.

Notwithstanding a worthwhile goal—generating more growth that is inclusive—the book suffers from fundamental flaws. Ignoring the fact that Unger never bothers to even define the knowledge economy—What kind of sectors, firms and work does it entail?—he provides no evidence or even logic of how the so-called knowledge economy could infuse all sectors and economies of the world. What does a knowledge economy refuse collection industry look like? How about a knowledge economy restaurant industry?

Nor does Unger provide any evidence or logic as to why his reforms would lead to inclusive vanguardism. For example, he parrots a common goal of many in the anti-corporate camp of forcing Internet companies to pay users for their data. But all this would do would be to lead Internet companies to have to start charging users for their now free services, something that would hurt the poor significantly more than the well-to-do.

Refreshingly, Unger doesn’t fall for the fashionable view today that automation and technology are a threat to work and progress and should be stopped, even writhing that “under an economy that develops by respecting our powers, no one should have to do what can be done by a machine.” Amen. Nor does he succumb to the call for breaking up large tech platforms, rightly arguing that this risks “destroying much of their economic and social value, which is tied to the number of people they bring together in a single community of users.”

Unger, however, says in 287 pages what he could have said just as well in a 100. But 100 pages is too short to be a book. And the book is a dense philosophical treatise much of the time, so reading it is not a task for the faint of heart. On top of that the language in turgid and dense as evidenced by passages like: “the way we work together can begin to resemble the works of the mind as imagination, and to take on each of its features: its nonmodular and nonformulaic traits and, as it develops more fully its powers of recursive infinity and negative capability.” Whatever that means.

Finally, it is all too common for economic commentators to theorize from their own experience and one suspects this is the case with Unger. Anyone from Brazil must grapple with the question of how could a region that showed such promise in the post-war period have been such an utter economic failure of the last 40 years. From 1950 to 1980 Brazil shrank its productivity gap with the United States from around 25 percent to 40 percent, but every decade since the gap is widened to the point where it is greater than what it was in 1950. The answers to Brazil’s economic malaise are not all the complicated: corruption, government protection of incumbent firms against more efficient competitors, too much government spending and too little government investment, a mercantilist trade policy, and protection of vast numbers of inefficient informal economy firms. But rather than focus on these challenges, Unger blames the development of the global knowledge economy for leaving places like Brazil behind.

And when it comes to Brazil, he argues that it has the key ingredient to be successful: “a restless vitality and entrepreneurial impulse that is widely distributed throughout society.” This sounds good: Who can be against that? But the reality is that Brazil already taps into this by the tens of millions of informal economy workers and businesses which, rather than be a source of “vanguardianism,” are a source of backwardness and poverty. Platitudes about vitality don’t get at the real solutions nations like Brazil need. It’s much easier to attack capitalism itself, than to do the hard, difficult and painful work on looking within a country to acknowledge failures and work for the right kind of needed reforms.