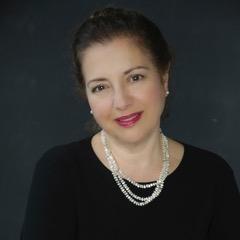 As a practicing Optometrist for over three decades, Dr. Margaret Placentra Johnston has spent most of her professional career helping people see better in the physical world. Now she also writes to offer clearer vision of a different kind—a broader perspective about religion and spirituality than what the conventional world typically recognizes.

Dr. Johnston's most recent book, Overcoming Spiritual Myopia: A View Toward Peace Among the Religions was published in September, 2018. Her first book, Faith Beyond Belief: Stories of Good People Who Left Their Church Behind, was named Gold Winner of the 2013 Nautilus Book Award in Religion/Spirituality (Western).

She writes to challenge readers to expand their spiritual vision to include certain aspects of human existence that are only becoming available today in the light of recent cultural and scientific developments. Globalized communications are exposing us to spiritual wisdom from other cultures, scientific discoveries show the universe to be much more complex than we ever thought, and studies about individual and cultural human development paint quite a different picture than that promoted in conventional organized religion and that supported by conservative values.

She is confident that helping people move beyond the spiritual myopia of conventionality has the power to bring an end to religious intolerance and to bring about a kinder, more gentle world.

Dr. Johnston offers courses and speaks to groups on the topic of spiritual development, and has been interviewed on numerous radio shows. She has two grown sons and lives with her husband in Northern Virginia.

Faith Beyond Belief: Stories of Good People Who Left Their Church Behind

Overcoming Spiritual Myopia: A View Toward Peace Among the Religions

The Truth at the Heart of the Lie: How the Catholic Church Lost Its Soul

Early on in The Truth at the Heart of the Lie, former Catholic priest James Carroll announces three themes or stories he will tell.

American Prophets: The Religious Roots of Progressive Politics and the Ongoing Fight for the Soul of the Country

Polarized: The Collapse of Truth, Civility, and Community in Divided Times and How We Can Find Common Ground

"we tolerate and even appreciate the way our differences intermix to enrich the overall fabric of our society.

Out of Many Faiths: Religious Diversity and the American Promise (Our Compelling Interests)

Treyf: My Life as an Unorthodox Outlaw

For anyone not familiar with the term, this book’s title will make little sense until a definition of treyf has been supplied.

How God Became God: What Scholars Are Really Saying About God and the Bible

“How God Became God is an excellent tool for furthering spiritual development.”

Atheism: The Case Against God

May 28, 2016
Reviewed by:
Margaret Placentra Johnston

Atheism: The Case Against God is a reissue of a 1979 title by the same name. Author George H.