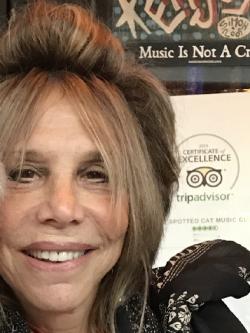 Barbara Bottner is the author of over 45 books for children, including Young Adult, Middle Grade, chapter and I Can Reads, as well as her award-winning picture books, several of which have been animated and translated into multiple languages including French, Spanish, German, Japanese, Chinese, Korean, and Hebrew. Wallace's Lists has been also performed as children's musical theater in Stockholm, Sweden. Miss Brooks Loves Books is a New York Times bestseller. She has four new titles coming out in the next two years, as well as a YA free verse novel.

She has won the Distinguished Teaching Award from the New School for Social Research, (Parsons' School of Design.) She’s lectured on children’s literature at UCLA, Miami Dade College, the SCBWI, and many other conferences as well as being asked to present in Bologna for the pre-fair. She’s staffed various conferences,\ and judged national contests.

Some of the most well-known talents in the field have publicly thanked her as many of them wrote their first manuscripts under her direction, including Caldecott Winners, and New York Times bestsellers Peggy Rathmann, Lane Smith, Laura Numeroff, Bruce Degan, Antoinette Portis, Laurie Friedman, Alex Flinn, Barney Saltzberg, and Robin Preis Glaser.

She continues to facilitate a Master Class in writing for children. Her papers are collected in the Arne Nixon Center for Children’s Literature at Fresno State.

You Have to be Nice to Someone on Their Birthday

The work of Jamaica Kincaid, author, memoirist, essayist, professor, reached literary heights despite her biography: She was born into poverty in St.

“My name is Theo and I live in a small town by the sea. A town just like any other, full of ordinary people like you and me. People we might not pay much attention to at first.

“The book aims to be truly helpful, including an index of topics, and a recipe for growing your own bean plant.”

How to Walk an Ant

"We expect some silliness to be on hand for picture books, but How to Walk an Ant isn’t merely silly, it goes much further: It’s absurd." 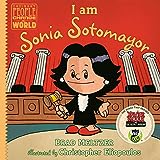 I Am Sonia Sotomayor (Ordinary People Change the World)

Brad Meltzer, the award-winning New York Times bestselling author of suspense novels for adults such as The Escape Artist, Heroes for My Son, and Heroes for My Daughter h

I Am Little Fish! A Finger Puppet Book

“Who wouldn’t want to invent a unique dog with a Komondor head, a Dachshund middle, finished off with a Great Dane rear end?”

Peppa Pig and the Career Day

Peppa Pig has been around for 14 years as a character on television and in picture books, but she’s retained her youth: she looks to be barely four. 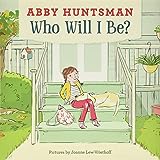 Who Will I Be?

At what age do children first connect the dots to realize that people have jobs?

The Colorful World of Dinosaurs

“After learning about 45 of these creatures, it’s impossible not to go back to the book to enjoy it over and over again..”

If da Vinci Painted a Dinosaur

Da Vinci Painted a Dinosaur is a clever introduction to art history for very young children.

In case you were wondering, yes, it’s true; there is another FBI: The Fairy Tale Bureau of Investigations. 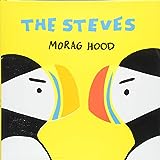 “might prove to be a very handy tool to use with little ones who are fighting with each other.”

Children’s literature does not shy away from life in its many manifestations. There are picture books about loss, illness, death, and metaphorical stories about good and evil.

“a heroic tale with a true female hero.”

Julian Is a Mermaid

In lovely, pastel fauvist palette, Jessica Love, an actor debuting as an author/illustrator, introduces us to Julian, who loves mermaids.

Our Principal Is a Frog! (QUIX)

This imaginative I Can Read (Fast Fun Reads) is poised to grab the attention of distracted children who might be busy on their devices instead of sitting with a book.

In her oversized new picture book newcomer Ami Shin, a recent and celebrated graduate of the Cambridge School of Illustration based in Korea, is taken with London architecture. 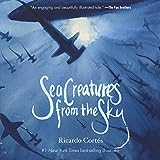 Sea Creatures from the Sky

There are more and more nonfiction picture books being published, a very welcome trend.