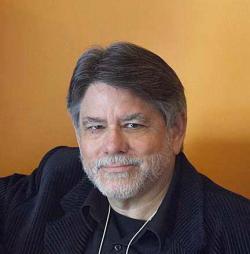 Steven Paul Leiva spent many years in Hollywood as a producer and writer working with such talents as Gary Kurtz, Richard D. Zanuck, Chuck Jones, Brad Bird, and Ray Bradbury.

For the past 20 years he has been concentrating on writing novels in various genres and had a play debut at the Edinburgh Festival Fringe.

He has written a number of reviews and essays for various publications, including a series of pieces on Ray Bradbury, which have been collected into a book. In 2010 he created and organized Ray Bradbury Week in Los Angeles, a week of events that honored and celebrated the literary master on his 90th birthday.

Searching for Ray Bradbury: Writings about the Writer and the Man

Hollywood is an All-Volunteer Army (The Fixxer Book 2)

Blood is Pretty (A Fixxer Adventure)

Frank Frazetta's Adventures of the Snowman

“Talent is always a joy to witness. But young talent like this is a very special joy.”

The Hotel Years: Wanderings in Europe Between the Wars

“his writing can be luxuriated in.”

“All joy or sorrow for the happiness or calamities of others is produced by an act of the imagination, that realizes the event however fictitious, or approximates it however remote, by placing us,

“a telling—and  pleasant—gateway into the talent of an artist well-worth knowing.”

The Nearest Thing to Life

“a pleasure to read.”