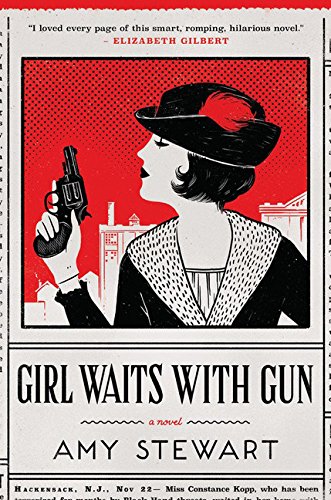 “All joy or sorrow for the happiness or calamities of others is produced by an act of the imagination, that realizes the event however fictitious, or approximates it however remote, by placing us, for a time, in the condition of him whose fortune we contemplate; so that we feel, while the deception lasts, whatever motions would be excited by the same good or evil happening to ourselves.”

The good Dr. Johnson was writing about the art of biography, but his words are quite applicable to fiction, especially historical fiction. The best fiction, among other attributes, strives to give a good account of people and places. Historical fiction has the extra burden of including times past.

As readers of a novel we want to inhabit the characters and live in their environment. When those characters and their environments are of another time, and they do not share with us the same experiences of the way we live now, it falls on the author to make palpable the way they lived then. Although human nature has not changed that much, the accoutrements of personality, such as attitudes, beliefs, understandings, and assumptions, will most likely differ from contemporary peoples’ and are telling.

And the environment of particular times and places, especially when it comes to manner of food, dress, technology, sanitation, hygiene, and sex, will almost always be somewhat “other worldly” from our own days. To give all of this an immediacy is a good part of the appeal of historical fiction. We enjoy being placed “in the condition of him whose fortune we contemplate.”

In Girl Waits with Gun, Amy Stewart does strive to place us in the condition not of a him but of a her: Constance Kopp, who became one of the first female—or “girl’ as they said in 1915—deputy sheriffs in America. Unfortunately, she does not fully succeed. Dubbed an historical mystery, the history seems perfunctory and the mystery, what there is of it, is not very compelling.

Stewart is a successful New York Times bestselling author of six nonfiction books. Her subject has been the natural world. Girl Waits with Gun is not only her first work of fiction, it is intended to be the first in an “historical detective series.” Being the first in a series, it spends its time establishing how Kopp became a cop. That story is based on a little known, and only sketchily recorded, incident in American history when Constance, in her mid-thirties, and her two sisters, the slightly younger Norma and the teenage Fleurette, came into conflict with a silk dyer, the not-nice-at-all Henry Kaufman. The time is 1914; the place is Paterson, New Jersey, and environs.

It starts when Kaufman rams his horse-upsetting black motorcar into the sisters’ horse-drawn buggy as they are on their way from their farm to tend to errands. No one is killed, but Fleurette’s leg is cut and badly bruised, and the buggy and horse are overturned. The horse is fine but the buggy is badly damaged. Despite Constance being a big woman—she stood a substantial six feet tall—who towers over the short, stocky Kaufman, he refuses to take responsibility for the crash, and he and his cohorts, who had been in the car, try to leave. Constance prevents him from doing so until he has given her his name and his address where she might send him an invoice for the damages.

Norma, a no nonsense, curmudgeonly sort, would prefer to just take their losses and get out of there. Fleurette, young enough to be a romantic, sees it all as drama and certainly more exciting than life on their New Jersey farm.

After no response to her invoice, Constance, against the advice of Norma, pays a visit to Kaufman at his factory to press her claim. Kaufman does not satisfy, offering only slightly veiled threats against her and her sisters, especially young Fleurette. Constance snaps with anger and overpowers Kaufman in a display of the strength of a woman—who happens to be above average in height and above average in strength built up from farm work.

This incident starts a series of “anonymous” harassments and threats by Kaufman and his gang, who seem to be infamous Black Hand thugs. Not one to take such abuse, Constance counters the threats by going to, and cooperating with, the law. And by doing a little private detection. It becomes a long, drawn-out confrontation, as laid out in the historical record. Unfortunately, long and drawn out—potentially violent—confrontation does not really work in fiction unless terror is felt and suspense is maintained. In Girl Waits with Gun neither is the case.

Nor, as mentioned above, is there really any mystery in this first of a planned “historical mystery series.” There is only a subplot about what happened to the child of one of Kaufman’s female workers, which Kaufman most likely fathered. Constance solves that and fingers Kaufman’s sister as having helped kidnap the child. But all of this, Stewart admits in her “Historical and Source Notes,” is pure fiction. It was presumably added to provide some kind of a mystery, and to allow Constance to walk in gumshoes—not that women ever got to wear such comfortable shoes in 1914.

Herein lies the problem. The actual facts of the case, which Stewart seems to stick with, are not much for a tale of terror, a story of suspense, or a mystery of any sort. Terror, suspense, and mystery would all be somewhat useful in a declared “historical mystery novel.” And Kaufman, the villain of the piece, except for the two brief physical confrontations, is hardly seen, much less deeply portrayed. His presumed malicious presence is simply not felt at all. He seems, at this distance, no more than a spoiled rich brat having a drawn out tantrum.

If Stewart was willing to add a fictitious subplot for a little detective work and mystery, she might have fictionalized more the main storyline of what happened between Kaufman and the sisters to give the story more of an edge-of-the seat reading experience. The book could have use a little of the spirit of the pulp crime novels so popular during this era.

Constance Kopp was an unusual, smart, determined woman who demanded to define herself, and not let society and a male dominated world define her. It is not that her story should not be told. But one has to wonder if it would have best been told in a work of documentary nonfiction. She might have best been served with a straight biography.

But then, nonfiction is rarely written in a series of books, and a series of books can have certain commercial benefits in today’s publishing reality. Girl Waits with Gun ends with the sheriff Constance has worked with during the Kopp’s ordeal—and who has been greatly impressed by her intelligence—offering her a job as a deputy. Subsequent books in the series will most likely chronicle her official cases. Constance Kopp could become a wonderful crime fighting, mystery solving character. But most likely only if her cases are more fiction than not.