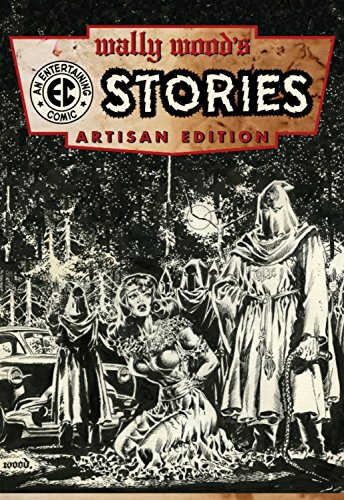 Humans have always felt the need to illustrate stories. Indeed, although we may never know why early humans painted on cave walls, one guess is that they were illustrating stories of hunts. If true, then storytelling may well have started, almost simultaneously, as both an oral and illustrative tradition. Certainly as we move from prehistory to history, depictions of both natural and supernatural stories of pharaohs, queens, and gods, or villagers and village life, and certainly the afterlife (there are illustrations of the dead in the Book of the Dead) became a huge part of the culture.

The ancient wandering Greek bards recited from memory stories of creation and the gods and human heroes in sophisticated and quite visual poetry. And yet the Greeks felt the need to illustrate scenes from these stories on amphoras, vases, cups, and plates, and in statuary. Homer may have been blind, but his listeners weren’t; they demanded depictions.

In the Dark and Middle ages, when reading the Bible was restricted to the ordained of the Catholic Church, the religion conveyed the stories it wanted its flock to know and understand through paintings and other illustrative works.

When novels became a popular form, they were often published with illustrations of select scenes. Those illustrations were meant to support the story, but often became as important as the words in getting the stories and characters into the minds of readers. Sometimes they even took on an independent existence. It is quite safe to assume that far more people know what Don Quixote looks like than have ever read Cervantes’ stories about the Knight of the Woeful Countenance. And most people have an image of Sherlock Holmes that comes from Sidney Paget, the illustrator of Sir Arthur Conan Doyle’s books, and not from Sir Arthur himself, who never once described in words the great detective in a deerstalker cap.

It is quite clear that we are both verbal and visual creatures, and that we take delight in tales far more than twice told, tales also shown, depicted, illustrated.

Given the above, it is surprising that comic books, when they first became an industry in the 1930s, received so little cultural respect. After all, they are the near perfect melding of storytelling and illustrations. But they were considered for, and certainly marketed to, children, and childish things are so easily dismissed. They gained a certain amount of adult popularity during World War II as they were lightweight, highly transportable respites of entertainment for foot soldiers. But war has a habit of getting in the way of cultural credibility.

Then the 1950s saw a different kind of war. This was one declared on comics as little founts of depravity causing the youth of America to wear leather, ride motorcycles, think too much about sex (possibly more than think about), commit petty to serious crimes, disrespect their parents, and mumble like Marlon Brando.

It is a wonder the comic book as a form did not die out.

But it did not. Partly due to the self-policing of the Comics Code Authority and the superpower of super heroes, comics continued to enthrall, and are now, with their expansion into film and television, bringing in billions of dollars. And there is nothing like a billion dollars to make an art form a major force in the culture—even if we have to qualify it as “pop” culture.

But even before the bucks were so big, comics and their art started receiving their due as those who grew up with them reached adulthood and decided not to give up this particular “childish” thing. And not only that, but to preserve, protect, and defend, almost as a sacred trust, the art and history of this storytelling form they love.

An exemplary example of this is IDW’s Wally Wood’s EC Comics Artisan Edition, an archive of select stories illustrated by Wood, one of the gods in the pantheon of comic book artists. Wood is most famous for his work for the innovative EC Comics, which thrived in the first half of the 1950s, and his work there is revered by many (if not all) true comic book lovers.

Archival editions of comics have been published before, but this publication is really special. What is collected here are not reprints of the comics themselves, but high quality scans of Wood’s art boards, his original drawings before the coloring and publishing process turned them into ten cent comics spinning on racks in drug stores.

Originally published as Wally Wood’s EC Comics Artist’s Edition in hardcover in a large 15” x 22” format (to better equate the experience of looking at the original art boards), it is a joy that IDW is now making this book available in an affordable edition (a hardcover copy could run you from $300 to over $900 dollars). Although the softcover edition is not as large as the hardcover, at 8” x 12” it is still large enough to allow for appreciation of Wood’s fluid, detailed, sensual, and powerful drawings.

One may ask why they would want to see Wood’s original black and white line drawings before the bright colors were added to the panels. Because as much as color adds, it also takes away. Or rather, the added information of color to be gathered by the eyes and perceived by the brain can mute the information contained in the original drawings. And Wood was a very realistic, information-rich, detailed artist (no minimalist, he). Almost every panel in a Wood illustrated comic story is crowded with ornate details; is very Baroque, much like the production design in a James Whale (Frankenstein; The Man in the Iron Mask) film. To truly appreciate what Wood accomplished you must see his drawings as if just freshly laid down. Wally Wood’s EC Comics Artisan Edition allows you to do that.

But what exactly were the stories Wood was illustrating? Some of the EC titles Wood drew for, and which are represented here, include Weird Fantasy, Weird Science, and, it is assumed the legitimate child of those two, Weird Science-Fantasy.  They are—on the surface—stories full of spacemen, aliens, horrible creatures, mutants, atomic war, and not one young woman who is not gorgeous, sexy, and with anything less than 38 double D breasts. Actually there is one—in a panel depicting three lovely but lonely women waiting for their spacefaring husbands and lovers to return to earth, one of them has more moderate and modest breasts. But then she is holding her naked bouncing baby. There is no space here to contemplate the Madonna/Whore implications of this, but one can see why some conservative elements in society looked askance at comic books.

Below the surface, though, and within these stories, are love, sacrifice, cautionary tales, fair play for have-nots and aliens (both interstellar and earthbound), heroism and history and hope. And irony, a lot of irony, a favorite sub-genre of the time. It might be called O’Henry twist-ending irony, for those who know the work of the American short story writer, or Twilight Zone “It’s a cookbook!” irony  (despite EC Comics having preceded The Twilight Zone), for those who don’t. Some might consider such ironical-ending storytelling to be cheap. Some will delight in it.

In either case, given the pulp nature of these stories and the easy effect of their ironical endings, did Wood, a truly superb artist, ever think he was working beneath himself? The answer is in “My World,” the most wonderful story in the book. Although it is not really story at all, but rather a catalog of all the elements making up the world of a particular individual, elements both exciting and terrifying from the future; from “out there”; from the human mind at a time when science and technology both lifted us up and threatened to crush us down. That individual is, of course, Wally Wood. And “My World” is his declaration of pride in being a “science-fiction artist.”

If you have a library—or want to start one—of fine examples of the art of comic books, you must add Wally Wood’s EC Comics Artisan Edition to your shelves.