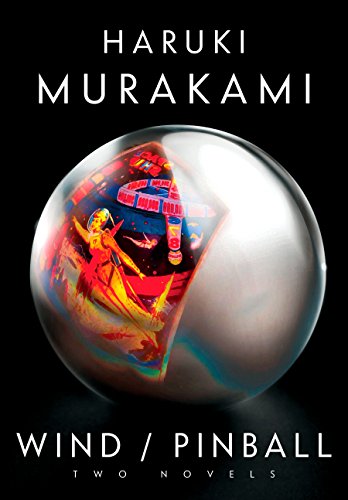 “a telling—and  pleasant—gateway into the talent of an artist well-worth knowing.”

It’s a big world out there. Despite this planet being but a minute bit of matter in the universe, to its inhabitants it is a rather large and vast place. Huge advances in rapid transportation and digital communication have supposedly shrunk the world and brought people together, and yet most of us remain parochial. Especially Americans.

A good indication of this is American publishing’s dismal record of bringing the literature, specifically fiction, of other peoples and nations to America and having them translated for local consumption. As fiction is one of the best ways to “travel” to other lands, “reside” among other peoples, and temporarily occupy foreign and alien minds, this seems sadder than, say, the Internet being given over to cute animal videos or photos of people’s lunches, and exponentially sadder than the divisive use of social media by violent radicals of various stripes.

But be all that as it may, America does translate and offer up for sale some works of foreign writers. One of the most popular in the last several decades has been Harurki Murakami of Japan.

Murakami, the author of The Wind-up Bird Chronicles, Norwegian Wood, and IQ84, has also known success in other countries as well, having been translated into 40 languages. Still, most novel reading Americans probably have not read his work. An oversight that has now been given the possibility of correction with Alfred A. Knopf’s new English translation (really the first English translation for overseas distribution) of Murakami’s first two novels Hear the Wind Sing and Pinball, 1973. Knopf has published them in one volume under the title Wind/Pinball. As they are the beginnings of his literary career, Wind/Pinball is a good place to start for an introduction to Murakami and his work.

Murakaml, born in 1949, wrote these two novels (actually novellas) when he was just leaving his 20s and arriving at his 30s.  His protagonists—two unnamed ones, one for each novella, and Rat, a character in both who loosely ties them together—are in the middle of their 20s. So it is not surprising that the stories read exactly as you would expect coming from someone writing from a perspective derived from a young man’s sense of alienation. But this is just a notation, not a criticism, for such a perspective on fictive display can have its amusements, and Murakami’s does.  But something more is going one here. Something that may well be a keen portrait, small and yet encompassing, of Japan in the 1970s.

This portrait may or may not have been intended; it may just be a case of close observation by a good writer. And on the surface it seems not even to be true. For Murakami does not mention, describe, or observe things Japanese. At least not from a Western point-of-view skewed by bad travelogs, romantic movies, and culinary trips to your local Little Tokyos or Japantowns.

Indeed, most of Murakami’s references and observations of the culture surrounding his characters are Western. From jazz played in jazz bars (Murakami once owned one), to American pop music, to the Beatles, to American TV reruns and Western cinema, the characters in Wind/Pinball are almost engulfed by things Occidental.

There’s nary a mention of Toshiro Mifune, Kurosawa, samuris or kimonos, tea ceremonies or sushi, kung-fu or cherry blossoms. And when box lunches are mentioned they are called, at least in this translation, “box lunches” and not bento boxes, as anyone with even a passing familiarity with Japan might expect.

Is it any wonder that the Japanese literary establishment accused Murakami of being “un-Japanese”?

But Murakami’s Western references are exactly what make these two early works a very credible portrait of Japan in the 1970s. For one must remember that it had only been some three decades since Japan had suffered a humiliating and atomically devastating defeat at the hands of the West in World War II. And it was only a little over 20 years since Japan had been occupied by America, a six year period of being a conquered nation that had brought near-surreal changes to the country, from an imposed Western-style constitution to freedom of speech to a liberation of sex.

And yet, in a rare mood for a conquering power, America also helped rebuild Japan, its structures and economy. America did not demand the head of the Japanese Emperor or an intense diminution of Japanese culture. Nevertheless—if not by plan then by the stealth of close proximity—America did infuse its culture into Japan.

The swirl of all this was the world that the Japanese twentysomethings of the 1970s had grown up in. And it may be the source of the alienation that some of those twentysomethings must have felt at that time, especially those that chose not to join the burgeoning corporate economy (what later became know as Japan, Inc); those who decided not to become salarymen, all wearing the same dark suits while being stuffed into subway cars by white-gloved functionaries of the state as they hurried to work in the morning. Murakami’s characters, like Murakami himself, are exactly those that rejected such a life.

In Hear the Wind Sing it is a young college student home for the summer. In Pinball, 1973 it is a young entrepreneur with a translation business. And in both stories it is also Rat, who seems the most alienated of all. All three characters spend much time smoking, drinking, musing, and having sex with women who seem somewhat unmoored and adrift themselves.

Murakami is famous for having one day (at a baseball game, another bit of American culture that invaded Japan) decided, supposedly out of the blue, that he could write a novel. But he had been a wide-ranging reader, mainly of American and European literature. It is not unusual for a dedicated reader to metamorphose into a writer.

And it is not unusual for beginning writers to write in the style of their most beloved authors. Murakami seems to have most admired writers of spare prose as he strived to be able to do that in Japanese. He failed until he decided to put down the fountain pen he was writing Japanese with and start to write in English on a typewriter—a not completely fluid process as he was not completely fluent in English. This limitation forced him to adopt what has been called a minimalist style, which he then adapted to his writing in his native language. And that, then, has been translated into English by other hands—in the case of Wind/Pinball by Ted Goosen. So it is a style that will not seem “foreign” to English readers. On occasion its “voice” takes on a monotone—but is never monotonous because of that. A monotone can be compelling, even hypnotic, and there is some of that in Wind/Pinball.

It has been reported that Murakami considers these first two works of his to be “immature” and “flimsy,” and that he was not much interested in having them translated into English. Someone must have talked him into allowing it. That someone should be congratulated. This is an important publication for obvious historical reasons (Murakami is always on the list for a future Nobel Prize), but also because it is a telling—and  pleasant—gateway into the talent of an artist well-worth knowing.

Steven Paul Leiva, a novelist, lived in Tokyo in the early 1980s.