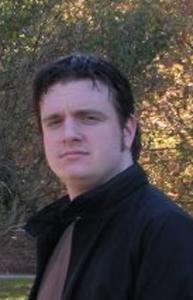 Robert Randle is the Director of Publisher and Community Relations at iVerse Media, a digital comic distributor. He serves as liaison for creators of digital publication and maintains the content of their community based website.
Prior to that he was a management level buyer for Diamond Comic Distributors and worked on the monthly Previews catalog for over eight years. Mr. Randle was responsible for publisher communications, marketing/promotions, inventory control, and contributed book reviews of comic titles to each new edition of the catalog.
He holds a BFA in Illustration from the Maryland Institute, College of Art and occasionally freelances as an artist or writer. He has also given talks and interviews concerning comic book publishing and related topics.
Mr. Randle also had the distinct honor of being a judge for the prestigious Eisner awards in 2006 and a judge in 2009 for the Friends of Lulu Awards.

Tales of the Beanworld Volume 3.5 HC

“. . . a wonderfully triumphant bit of storytelling.”

Hoka-hey! Larry Marder’s Beanworld is back!

The United States Constitution: A Round Table Comic Graphic Adaptation

“Raising as many questions as it answers, The United States Constitution is not truly ‘educational,‘ but for those seeking a straightforward (for the most part) depiction of the st

Dotter of Her Father’s Eyes

“In our time, where the struggle for democracy is once again coming to the forefront of our national and international dialogue, we can look to Marzi as an example of this common s

“Craig Thompson’s Habibi is a triumphant masterwork of graphic storytelling . . . 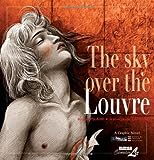 The Sky Over the Louvre (Louvre Collection)

“Authors Carrière and Yslaire masterfully blend sequential art, prose, and design sensibilities to give the reader an intimate look into the ideas and personalities behind this bloody perio

I admit that this review was a difficult one for me to write. How do you comment on a graphic novel adaption of an Ayn Rand book without talking about Ayn Rand herself?

The Chronicles of Conan Volume 20: Night of the Wolf and Other Stories

Chances are if you’re reading this you’re not what one might consider a comics reader . . . “typical” or otherwise.