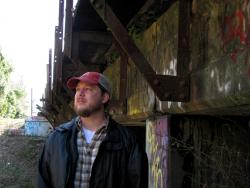 David Armand was born and raised in Louisiana. He has worked as a drywall hanger, a draftsman, and as a press operator in a flag printing factory. He now teaches at Southeastern Louisiana University, where he also serves as associate editor for Louisiana Literature Press.

Mr. Armand lives with his wife and two children and is working on his sixth book, The Lord's Acre as well as a second memoir.

The Pugilist's Wife: A Novel

My Mother's House: A Memoir

John Cyrus Bellman—widower, farmer, and father to a ten-year-old daughter—seems to surprise even himself one day when he decides to leave everything behind to head west in search of “a creature ent

She Rides Shotgun: A Novel

In the Wake of Our Vows

Neil Connelly's sixth book, In the Wake of Our Vows, is a collection of short stories that deals primarily—in often unique and humorous ways—with relationships.

As Good as Gone: A Novel