In the Wake of Our Vows 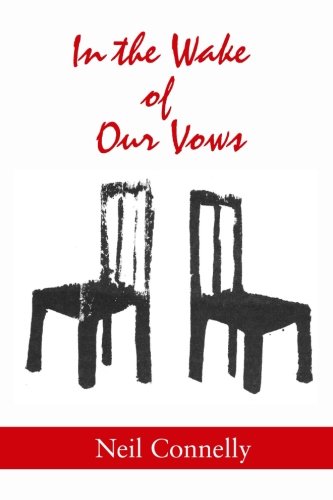 Neil Connelly's sixth book, In the Wake of Our Vows, is a collection of short stories that deals primarily—in often unique and humorous ways—with relationships. Whether between a divorced couple, a father and his children, a young boy and the unsuspecting target of his confused childhood rage, an allegedly racist handyman and the child whose parents' home he's come to repair, adult children and their dying parents, or couples simply trying to work things out, Connelly explores with heart and sensitivity the myriad ways in which relationships affect their participants, as well as those ways in which participants change and alter their many complex—and complicated—relationships.

The collection opens with a fictitious and humorous “letter” to prospective agents, editors, and/or publishers that is “narrated” by a recently divorced novelist. He's composing this missive to collect rejection letters so that he may give them to the judge in his divorce hearing in order to “avoid being held in contempt of court, fined and jailed.”

This story sets a humorous and witty tone for the collection—also subtly commenting on the relationship between writers and those seemingly elusive “gatekeepers” of the publishing industry—however, the stories that follow seem to carry a weightier feel, as though Connelly is sort of breaking the ice here, only to deliver a somber bit of necessary news later on.

But Connelly handles this shift in tone expertly. It is never jarring or off-putting. The humor (which is sprinkled here and there throughout the collection) never feels forced, and it always comes at just the right moments.

The same can be said for the less-traditionally structured tales as well: “Excerpts from a Billboard Diary,” “Henry Wants to Know Your Name,” and “Nine Times I Failed My Second Wife” all experiment a bit with narrative form and structure, and while they remain the weaker stories of the bunch, they still manage to not feel gimmicky, overly self-aware, or distracting. It is clear Connelly knows what he's doing here, as the fifteen stories in the collection all feel cohesive, their placement in the book working to add depth and dimension to the author's uniquely imaginative exploration of relationships and the people in them.

Perhaps the strongest stories in this collection are “The Complete and Illustrated Guide for Meeting Your Most Sacred Obligations as an Altar Boy,” “What Walter Lost,” “The Dad in Question,” and “Trials of Isaiah”—all for their emotional intensity as well as for their strong sense of place and character. All four of these stories showcase Connelly's talent for creating memorable scenes and dialogue, as well as containing beautifully rendered epiphanic endings, a refreshing reminder of the importance of the tradition of understated and straightforwardly-profound short stories, hearkening back to the great work of John Updike and Raymond Carver, for example. This is a tradition that seems to get lost nowadays, when writers simply try too hard to “make it new,” thus losing the heart and emotional resonance that stories should ultimately contain.

But Connelly seems to know the importance of eliciting emotion with his art, though never crossing that forbidden line into the realm of sentimentality. Connelly's In the Wake of Our Vows serves as a reminder that the short story is indeed not dead, but that the form is thriving and can still offer enjoyment, instruction, and a chance for essential self-reflection and contemplation.