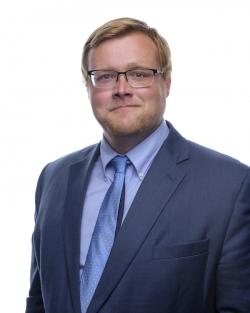 Dr. Brian Matthew Jordan, Director of Graduate Studies and Assistant Professor of History at Sam Houston State University, is the author of Marching Home: Union Veterans and Their Unending Civil War (Liveright/W.W. Norton), which was a finalist for the 2016 Pulitzer Prize in History. Dr. Jordan earned his Ph.D. in History from Yale University in 2013. At Yale, his dissertation received the George Washington Egleston Prize (for best U.S. history dissertation) and the John Addison Porter Prize, one of Yale’s highest honors.

Dr. Jordan teaches undergraduate and graduate courses in historical methodology and Civil War history. Since 2014, he has served as the book review editor for The Civil War Monitor. Dr. Jordan is the co-editor of two academic book series: Veterans, published by the University of Massachusetts Press, and Engaging the Civil War, published by the Southern Illinois University Press.

Dr. Jordan’s more than sixty reviews, articles, and essays have appeared in the Journal of the Civil War Era, Civil War History, Civil War News, The Civil War Monitor, and the New York Times, among other publications. He has addressed audiences in 25 states and leads popular Civil War battlefield tours for Yale alumni each year. ​

Upon the Fields of Battle: Essays on the Military History of America's Civil War (Conflicting Worlds: New Dimensions of the American Civil War)

War and American Life: Reflections on Those Who Serve and Sacrifice

“an important book brimming with essential insights about what it means to be a nation at war.”

“Leadership: In Turbulent Times cannot prescribe answers for the vexing questions of our own, fraught times, but it issues an authentic reminder of the traits and

The Field of Blood: Violence in Congress and the Road to Civil War

Historians of political culture illuminate the human realities of governing and legislating.

The Lost Indictment of Robert E. Lee: The Forgotten Case against an American Icon

In New Orleans, a sturdy column once capped by a bronze figure of Confederate General Robert E. Lee reaches into the sky.