The Lost Indictment of Robert E. Lee: The Forgotten Case against an American Icon 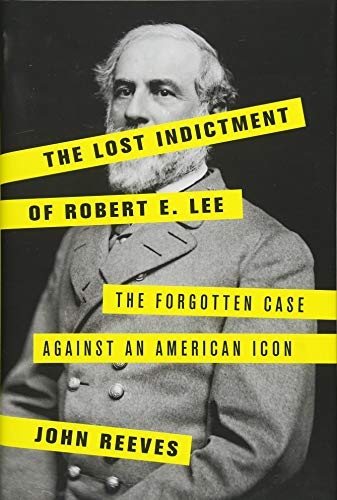 In New Orleans, a sturdy column once capped by a bronze figure of Confederate General Robert E. Lee reaches into the sky. At the dawn of the 21st century, the empty pedestal offers a potent reminder of the enormous influence wielded by the Lost Cause; at the same time, it powerfully suggests that a long forestalled national reckoning with the realities of race, slavery, and the Civil War may finally be within reach.

Perhaps nothing demonstrated the unwillingness of Americans to come to terms with the bloody history of 1861–1865 so well as their veneration of Robert E. Lee. For decades (and without a sense of irony), northerners and southerners acclaimed the commander of the Army of Northern Virginia as an authentic national hero.

Throughout the 20th century, popular writers and academic historians alike assured that Lee obediently followed his beloved Old Dominion out of the Union, waged a righteous struggle on behalf of state’s rights and home rule, and then acquiesced to the numerical superiority of federal arms at Appomattox. After the conflict, the general allegedly championed sectional reconciliation and national healing without a whimper. Some accounts even rendered Lee a “proto-emancipationist”—or else suggested that slavery held out little charm for him.

John Reeves’ new book, however, “tells the story of the forgotten legal and moral case that was made against the Confederate general in the days after the Civil War.” In his lively and accessible narrative, Reeves relates “the history Americans tried to forget.”

In the wake of Lincoln’s assassination and amidst startling revelations of the atrocities at Andersonville prison, many northerners impatiently yearned to punish the leaders of the southern rebellion. One Unionist earnestly pleaded—presciently, as it turned out—that Confederate leaders should be “promptly tried,” lest “the North becomes humble flunkies to the pride of the South.”

Nonetheless, as the author relates in absorbing prose, a knot of legal, political, and cultural factors conspired against the successful prosecution of high-ranking Confederate authorities. By the time the legal preconditions for the trials were met, public anger receded, and the risk of empowering a jury to determine the legality of secession all too apparent. So it was that in February 1869, the federal government “vacated” its charges against Robert E. Lee.

The failure of the government to deliver Jefferson Davis or Robert E. Lee to a gibbet provided the unfortunate illusion of “vindication.” But Reeves sets the record refreshingly straight. Robert E. Lee not only benefited from the institution of slavery, but also fought to preserve it. Even after the war, he refused to envision a biracial democracy. And Lee stalwartly maintained the chasteness of his motives—despite his prewar assertion that “secession” was an act of “revolution.”

Though Reeves builds the case against Robert E. Lee, his most persuasive “indictment” is the one that he issues against American historical memory. Like Lee, we too have “found it essential to believe the war . . . [was about] something nobler than merely preserving the economic self-interest of a slaveholding aristocracy.” In effacing the stubborn truth that the Confederacy waged a treasonous rebellion on behalf of slavery and white supremacy, we have failed to intuit the war’s important lessons—or to take up its charge. “There was a right side and a wrong side in the late war,” Frederick Douglass once declared, “which no sentiment ought to cause us to forget.”