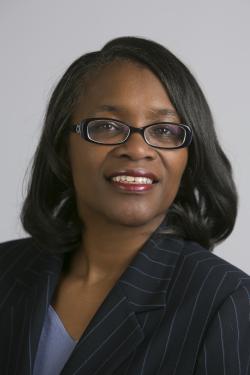 Dr. Patton is the author of The Grasp That Reaches Beyond the Grave: The Ancestral Call in Black Women’s Texts (SUNY, 2013) and Women in Chains: The Legacy of Slavery in Black Women’s Fiction (SUNY, 2000), the Co-editor of Double-Take: A Revisionist Harlem Renaissance Anthology (Rutgers, 2001) and editor of Background Readings for Teachers of American Literature (Bedford/St. Martin’s, 2006).

She is currently editing a second edition of Background Readings for Teachers of American Literature. Her essays have appeared in Black Studies and Women’s Studies journals as well as the essay collections Postcolonial Perspectives on Women Writers From Africa, the Caribbean, and the US (Africa World Press, 2003), White Scholars/African American Texts (Rutgers UP, 2005) and Imagining the Black Female Body: Reconciling Image in Print and Visual Culture (Palgrave Macmillan, 2010).

Her research and teaching focus on African American and Diasporic Women’s Literature.

Postcolonial Perspective on Women Writers from Africa, the Caribbean, and the U.S.

Falling in Love with Hominids

Falling in Love with Hominids opens with the confession, “I didn’t used to like people much.” Author Nalo Hopkinson acknowledges that as a teen she did not have much hope for the human spe

Keef Cross’ DayBlack is not your typical graphic novel in terms of images or plot.  Trained as both a tattoo artist and painter, Cross creates drawings reminiscent of tattoos, and the stor

"Balm is a powerful tale of individual loves, longings, and losses . . ."

“Although Back Channel is about thwarting the Cuban Missile Crisis, it is also about Margo navigating U.S. racial dynamics of the 1960s.”

Debbie Doesn't Do It Anymore: A Novel