Debbie Doesn't Do It Anymore: A Novel 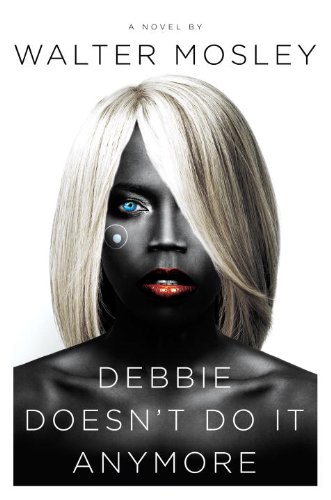 Debbie Doesn’t Do It Anymore immediately draws in the reader with a depiction of Debbie’s first orgasm in a decade.

Walter Mosley is probably best known for his male characters, Easy Rawlins—played by Denzel Washington in Devil in a Blue Dress and Socatres Fortlow—played by Laurence Fishburne in Always Outnumbered; however, Sandra Peel aka Debbie Dare proves to be an equally compelling character.

Although Debbie recognizes that something changed with that orgasm and the news of Theon’s death, she does not immediately announce her decision to leave the porn business but does things like cut and dye her trademark hair. These steps allow Debbie to gather her thoughts. When initially pressured by a co-worker to come back to work, Debbie responds, “‘I’m tired, I’m broke, my husband is dead, and I need a moment. Like that guy with the candy bar on the TV commercial.’” This moment was not only to bury her husband and confront their enormous debt, but also to reassess who she is and what her future holds. She had performed desire on screen for years, but feeling real passion in her unexpected orgasm made Debbie realize she “was no longer able to function as a proxy for other people’s desires.”

Not surprisingly, Debbie considers suicide in response to her husband’s death and their tremendous debt. Giving up the porn business is a hard first step in light of her daunting financial situation, and sometimes ending it all seems easier than going forward. Going forward means facing the mother-in-law who had never spoken to her despite her 13 years of marriage. In this meeting, we see the same grit she showed when threatened by Richard Ness but we also begin to see how she became so numb that she hadn’t had an orgasm in over ten years despite working in the sex industry.

As Phyllis assists Debbie in selecting a new wardrobe for her new life, she shares her story of her lost love, Gary. While she acknowledges that they would have partied their “‘way into early graves,’” she also realizes, “‘I’ve never had anything in my life that felt as good as I did when I was with him.” Thus Phyllis can relate to Debbie’s situation and Debbie can begin to see a future for herself. She reflects, “Phyllis made me feel normal. Her story about the debauched surfer and life outside the life she was supposed to live was really very close to my experience.  She was a hint, an omen that there was a place for me somewhere else.”

Perhaps this is what gives her the strength to return to the home she left at the age of 15. When she met Theon all those years ago, she told him she wanted “‘Out from this life into another one where a girl could hit a break,’” but Debbie doesn’t do that anymore—she no longer runs from her feelings or her problems; she handles them.