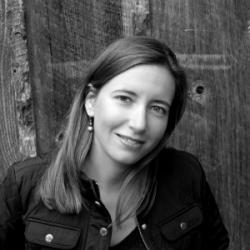 Sarah Pinneo is a food writer, journalist, and novelist. Her work has appeared in the New York Times, the Boston Globe magazine, and at Huffington Post. She is the author of Julia’s Child  (Plume/Penguin 2012) and coauthor of The Ski House Cookbook (Clarkson Potter 2007). Ms. Pinneo holds a B.A. in economics from Yale University and lives in Hanover, NH, with her family.

". . . Stevens captures the shifting sands of high school alliances with a knowing eye."

Crash Into You is the third book in Katie McGarry’s series of dramatic romance novels for the YA audience.

“In Wild Cards, both the premise and the hero are irresistible.”

The Infinite Moment of Us

“Sexy yet restrained, The Infinite Moment of Us is a pretty, often introspective tale of first love.”

All the Truth That's in Me