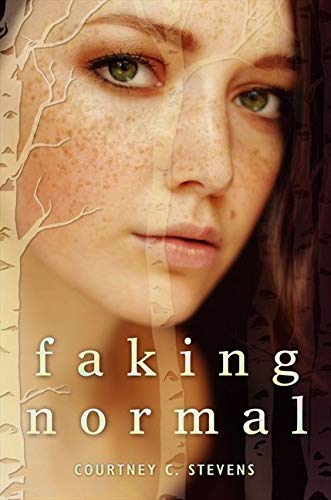 ". . . Stevens captures the shifting sands of high school alliances with a knowing eye."

Alexi Littrell, age 16, hasn't told a soul what happened to her the previous summer. Ashamed and embarrassed, she buries her tension and lies to her friends. Self harm and fake smiles are her other favorite coping mechanisms.

None of it is really working.

But Alexi isn’t the only one with problems. Outcast Bodee Lennox, the son of her mother’s recently deceased friend, comes to live with the Littrells. Their forced proximity brings Alexi an unexpected ally. The support Bodee provides is immediately appealing, and the reader roots hard for the two of them from page one.

One of the most rewarding aspects of the book is the subplot involving Captain Lyric. Since the beginning of junior year, Alexi has been corresponding with an unknown someone via song lyrics written on her assigned fourth period desk. Every day he leaves a lyric for her to finish, and she does so, leaving a new one for him in turn.

Their exchange becomes a central metaphor for the book, revealing the trade-off between relationships that are safe vs. those which can prove to be truly satisfying. The mystery of Captain Lyric’s identity is solved and then solved again in a clever way.

Yet if this book has a weakness, it’s the structure of its biggest plot revelations. At the start of the book, the reader is given only secondary clues to Alexi’s troubles. She’s hurting herself, and she fears sexual situations. Those red flags work well to clue the reader in the very thing the narrator wants least to discuss. But as the plot rolls forward, the incremental sharing—especially the concealment of the perpetrator—begins to feel manipulative.

And Bodee, although entirely likable, handles his grief for his mother with such aplomb that it strains credibility. (Although it looks as if there are plans for Bodee to get his own book, which only makes sense. There is sufficient plot and anguish in Faking Normal to fuel an entire series.)

Courtney C. Stevens’s first person narrative voice is smooth and self-assured, and her social commentary is particularly observant. Alexi’s relationship with her two best friends isn’t perfect and it is thusly that Stevens captures the shifting sands of high school alliances with a knowing eye.