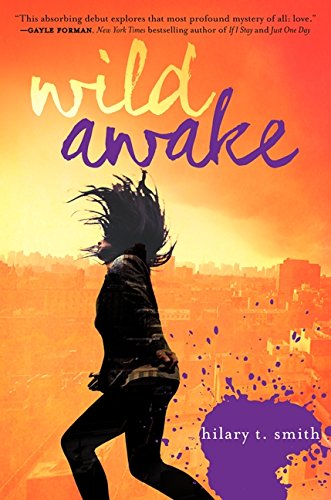 Fans of Hilary T. Smith’s formerly anonymous blogging persona at The Intern Spills will bring high expectations to Ms. Smith’s first novel. And those expectations will be largely rewarded.

The same youthful, clever voice that introduced would-be authors to the pitfalls of stodgy writers’ conferences and angst-filled catalog copy bounces through the narrative of her debut young adult effort.

Seventeen-year-old Kiri Byrd’s summer was supposed to accomplish three things: winning a classical piano competition, winning the heart of her “golden sex god” drummer boy crush, and winning a battle of the bands with the aforementioned crush. But a phone call from a stranger who may or may not have her long dead sister’s belongings takes the summer in unexpected directions.

In the time honored tradition of youth literature, Kiri’s parents are out of pocket for the summer on a cruise. Kiri is therefore free to make every sort of awkward mistake, including inhaling copious amounts of marijuana, getting a flat bike tire in the wrong part of town, submitting herself to humiliation in front of popular girls with poor musical taste, and delving into the details of her sister Sukey’s untimely death.

The impressive narrative voice is fun from page one. Ms. Smith’s first-person prose is so visceral, so youthful as to effortlessly convey the urgency of first time experiences.

In less capable hands, the comparison of towels thumping along in the washing machine to “a family of poor bedraggled beavers trapped in a whirlpool” might feel contrived. But Ms. Smith sells her metaphors with unruly humor and grace. When the wondrous Kiri says: “And oh how brightly doth the first stars shine in the wandering nectarine of the sky,” she does so in a voice entirely free of irony.

And when Ms. Smith evokes “a crazy little hope-squirrel running around inside my head, chattering, What if it’s real? What if it’s important?” the crazy hope-squirrels inside readers’ heads will unionize and demand to be heard.

As the novel progresses, the plotline surrounding Sukey’s belongings proves a foil for Kiri’s other, bigger issues. Theirs is a broken family broken by grief and tragedy.

As the youngest child, Kiri has a deep seated need to make her mother and father see her for who she really is. While the parents’ utter tone-deafness sometimes strains credibility, Ms. Smith is at her best navigating the emotional landscape between the rebellious departed sister and the overeager Kiri.

“The rules that applied to everyone else didn’t apply to Sukey: She laughed and cried and yelled and danced without checking Dad’s face first to see which one she was allowed to do. It was like she didn’t even know you were supposed to.”

But the book’s most original—if challenging—terrain is its foray into Kiri’s emerging mental health crisis. Kiri’s transition from a normal, bubbly enthusiasm toward darker territory is subtle enough to confuse the youngest readers. Ms. Smith’s illustration of a manic episode is as eloquent as it is credible. But Kiri’s early denial of the problem—and the absence of third party objectivity—leave the reader dependent upon an increasingly unreliable narrator. Kiri’s “thing” is ultimately acknowledged and accepted in a way that is empathetic if not clinically precise.

Fortunately, the author—and Kiri—wield color and charm by the barrelful. To paraphrase Kiri’s statement that “some days call for strange fruit,” some days call for a quirky, colorful ride into the uneven emotional wilderness of adolescence. And Wild Awake is just the sturdy vessel on which readers will want to travel.

Wild Awake is a spirited, swashbuckling tale readers will not soon forget.