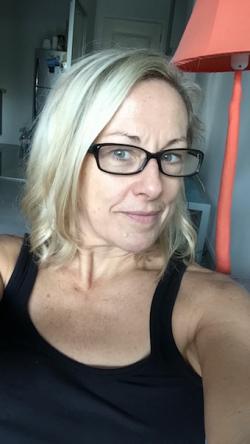 Born in Liverpool, England, Cathy Layne lived in Japan for 15 years, where she worked as a book editor for the international section of a large Tokyo publisher, specializing in Japan-related books across all genres for the English language market. She then moved to Singapore where she became Senior Editor at a publishing company specializing in books on Asia. In both of these roles she commissioned and edited a wide range of titles including literature in translation; original literature; cookbooks; and books on fashion, contemporary art, architecture, and popular culture.

Ms. Layne is also a writer: her unpublished debut novel You're Beautiful was shortlisted in the prestigious UK Bath Novel Award 2016 and has attracted a great deal of attention from literary agents. You're Beautiful is a suspenseful character-driven literary thriller set in Japan and draws on Ms. Layne's in-depth knowledge of the country and its culture while exploring the themes of deluded love, obsession, and alienation.

Ms. Layne currently lives in Bangkok where she is a teacher and a freelance editor.

“a powerfully poetic and moving study of loss, grief, and abandonment . . .”

This collection of nine short stories by Man Booker Prize–shortlisted British author Sarah Hall has a focus on the female experience—particularly of love and sex, pregnancy and motherhood—and the w

Fans of Japanese literature may notice some similarities between the work of Hiromi Kawakami and that of Banana Yoshimoto, the latter of whom rose to worldwide fame in the early 1990s with the tran

“one of the author's main achievements lies in forcing us to consider the intersection of the personal and political . . .”

The Boy in the Earth

Opening with a brutal scene of gang violence against the protagonist, The Boy in the Earth is a dark, nihilistic portrait of contemporary Japan and its damaged youth.

What to Do About the Solomons

Why do we love the literary family saga? For many of us it's the pleasure of escaping our own less-than-satisfactory family to marvel at an even worse one.

They Are Trying to Break Your Heart

In April 2005 two men on opposite sides of the world are grieving for loved ones who died when the tsunami of December 2004 destroyed a Thai seaside resort.