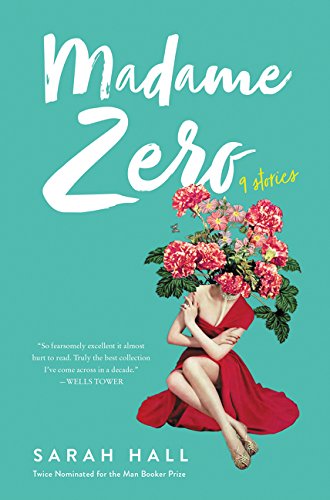 This collection of nine short stories by Man Booker Prize–shortlisted British author Sarah Hall has a focus on the female experience—particularly of love and sex, pregnancy and motherhood—and the worlds depicted are often ones in which characters are assaulted by unpredictable and inexplicable changes.

The opening story "Mrs Fox," winner of the BBC National Short Story Award in 2013, has much in common with the closing story "Evie." In the former, a husband watches helpless as his wife turns into a fox; in the latter, another husband watches his wife transformed by illness into a creature of voracious sensual appetites. In both, the husbands appear kind, dutiful, and the wives happy enough before their transformations, but the reader has the sense that the wives are escaping unspoken bondage for an existence that is deeply true to their female essence.

Following the fantastical fox transformation of the first story, the titles of the second and third stories, "Case Study 2" and "Theatre 6" hint at further unreality, or rather at dystopian worlds like the one portrayed in Hall's novel Daughters of the North.

"Case Study 2" starts with the assessment of a neglected boy by a healthcare professional in a setting that seems vaguely contemporary, with references to Social Services and Child Protection. But the commune where the boy lives, if not exactly dystopian, is clearly regarded by the narrator as propagating a lifestyle that is beyond the norms of mainstream society: "There was little privacy or coherence, and the culture 'all of one mind and all free,’ which abdicated responsibility and parental leadership and prized sexual openness and unboundaried sharing, provided an unstructured upbringing for Christopher."

"Theatre 6" is also told from the point of view of a medical professional, this time dealing with a young pregnant woman about to miscarry. Realistic enough, but now the dystopian hints are stronger. There is "new legislation." There is mention of a new fetal care plan, which many of the hospital staff seem not to believe in. Words of comfort given to the mother are "inane, soothing, and a lie." There is prescribed language for the staff: "Pre-birth crisis. Unsalvageable uterine life." Disintervention seems to be the rule. Soon the unborn child is dead and the mother's uterus removed, the staff apparently acting in accordance with directives that make them uncomfortable.

With the fourth story, "Wilderness"—in which a young woman is on a walk with a lover she is disillusioned with through the wild South African countryside—the reader keeps bracing herself for the moment when normality will morph into fantasy or dystopia, as in the previous three stories. But it never does, nor does it in the next story, "Luxury Hour," in which a new mother has a chance encounter with an old lover.

The following story "Later His Ghost," however, takes us to a fully blown dystopian Britain, destroyed by storms, where a man has to take care of a woman who is about to give birth. "He'd found her in the Catholic cathedral, what was left of it. There were two dead bodies nearby, both men; they looked freshly dead with a lot of blood. She was looking up at the circular hole where the rose window had been."

The seventh story "Goodnight Nobody" has the most darkly dystopian feel of any in the collection, but it is actually a disturbingly realistic portrayal of present-day Britain as seen through the eyes of 11-year-old Jemima. A vicious neighborhood dog has killed a baby. Her father has had cancer. Her mother's boyfriend has gone back to Yugoslavia "because of the war." Her baby brother is ominously aggressive: "He was extremely strong and didn't like to do what anyone wanted him to do. He liked to prod eyes and to smash down towers of objects he'd stacked." Jemima's mother is a mortuary worker at the local hospital; in addition to the dark violence that surrounds the girl, death is a matter-of-fact backdrop to her everyday life.

In the penultimate story "One in Four" we are back to a classic dystopia where people are dying of a drug that creates rather than cures infection.

Like the best short story writers, Hall is able, in short form, to create human dramas that give the reader as much satisfaction as a novel. Her prose is poetic (she is also a poet), her word choice exquisite: The vulpine face of Mrs Fox is first revealed to her husband in "kiltering light on this English autumn morning." When Evie, of the eponymous final story, puts on weight, she becomes "a baroque version of herself, a decadent."

The main criticism that could be leveled at this collection is its seemingly random veering between stories that are dystopian and those that are not. After the surreality of the first three stories, the reader is constantly waiting for the fantastic or the dystopian to creep into every narrative. Sometimes it does, sometimes it doesn't, but the "will it? won't it?" question serves to distract the reader from full immersion in these finely wrought tales of universal human—and particularly female—experiences. Separate collections for the dystopian and the real would surely be a more reader friendly way to celebrate Sarah Hall's storytelling talents.