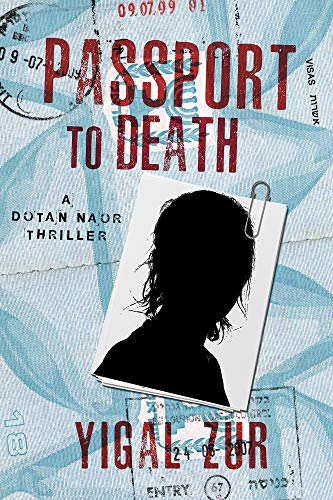 “Passport to Death is a solid book for those interested in foreigners (falang) behaving badly in Bangkok, but for mystery fans it leaves more than a little to be desired.”

Detective fiction needs to be anchored by a hard-as-nails or brilliant sleuth. These central characters have to be likable, and they have to convince the reader that, even when the proverbial excrement hits the fan, they have things under control. Israeli gumshoe Dotan Naor both fits this mold and complicates it. He is tough, but far from brilliant, and he’s got too much bad luck.

Passport to Death is the second hard-hitting mystery to feature the PI Naor. As can be gleaned throughout the book, Naor was once an intelligence officer with Israel’s internal security service, or Shin Bet. However, in 2002, his career hit the skids when one of his Palestinian informers wound up flayed alive after the deadly Battle of Jenin. Tel Aviv punished Naor and his partner Reuven by expelling both from the service and forcing them to get jobs in the civilian sector. Naor became a private eye; Reuven, as his old friend-turned-bitter enemy finds out in this novel, became a pornographer in Bangkok.

The case at the heart of this novel involves the disappearance of Israeli woman Sigal Bardon. For Naor, her case is a dangerous one from the get-go. First of all, she went missing in the steamy fleshpot of Bangkok. Second, her case involves drugs—a lot of drugs.

Naor knows Bangkok well and he notes, “Bangkok represents unlimited freedom. Anything’s possible. The kingdom tolerates all forms of deviants. You can do whatever you want, just as long as you don’t insult the king or the Buddhist establishment.” Sigal did not insult any Thais, but she did run afoul of Israeli drug kingpin, Alex Weiss. In fact, Naor soon learns that Sigal and a gay prostitute junkie stole well over a hundred thousand dollars in heroin in order finance a new life. Sigal’s inspiration for this new life? Reuven.

The story of Sigal Bardon is not terribly important. What is important in Passport to Death is Naor—his past and his ethnography of Bangkok. Most of this novel is an exposition on Bangkok, its seedy underbelly, and the types of Israelis who flock to South and Southeast Asia in search of vague enlightenment.

Judging by this book, most get involved in the drug trade as mules, and some, like the orthodox Malachi Razon, wind up serving serious time at the infamous Bangkok Hilton. Naor meets all the creatures of Bangkok’s underworld, most of whom are fellow Israelis. The most colorful of all is the bald Russian Ivan, who has a love for black leather and spiked dog collars despite the oppressive humidity of Thailand.

Passport to Death is a punchy novel. However, there are glaring deficiencies. Chief among them are sloppy transitions between chapters. For instance, in one chapter, Naor and Reuven catch up with each other after a decade apart. In the next chapter, Reuven is being interrogated by Weiss. There is no explanation for how Weiss got inside of Reuven’s business, or how Naor managed to avoid the nastiness. The conclusion feels just as rushed, as the whole explanation for the episode is given a handful of paragraphs.

Passport to Death is a solid book for those interested in foreigners (falang) behaving badly in Bangkok, but for mystery fans it leaves more than a little to be desired.