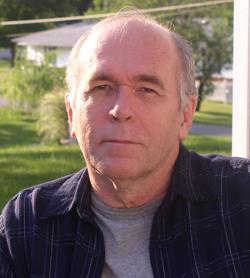 Born in the industrial Ohio Valley in the 1940s, Larry Smith has worked as a steel mill laborer, a high school teacher, a college professor, and a writer.

A graduate of Mingo Central High School, Muskingum College, and Kent State University, he is the author of eight books of poetry, a book of memoirs, three books of fiction, two literary biographies of Lawrence Ferlinghetti and Kenneth Patchen, and a book of translations from the Chinese.

Mr. Smith is the director of the Firelands Writing Center and Editor-in-Chief of Bottom Dog Press, Inc. He is also the father of three adult children, and is married to Ann Smith, a professor emerita of Nursing at the Medical College of Ohio.

Mr. Smith is a requested speaker on creative writing, the American Transcendental writers, Zen Buddhist writings, and working-class literature. Recently retired, he may be reached at BGSU Firelands College where he still teaches writing, literature, and film. His most recent work is the novel, The Long River Home (2009).

The Thick of Thin: Memoirs of a Working-Class Writer (Harmony Memoir Series)

We seldom find a book that we have hoped for like this one.

A Poetics of the Press: Interviews with Poets, Printers, & Publishers

“A Poetics of the Press serves an audience of those dedicated to recording and understanding literary publishing, a must for all serious libraries.”

Quiet Desperation, Savage Delight: Sheltering with Thoreau in the Age of Crisis

“David Gessner succeeds in this friendly and reflective study of a great writer and our times.”

The Heebie-Jeebie Girl: A Novel

“This may be the real gift of this book and its real magic, Susan Petrone’s moving us from indifference to understanding and caring for others and our world, and that’s a v

RESPECT: The Poetry of Detroit Music

“We are all invited to dance through this volume of writings that celebrate still the music and those moments of being alive.”

Broke: Hardship and Resilience in a City of Broken Promises

“Jodie Adams Kirshner brings together a wide cast of those most affected and thereby opens the case of and for Detroit and our other large cities suffering financial strain.”

The World Could Be Otherwise: Imagination and the Bodhisattva Path

Norman Fischer is a Zen poet and teacher, translator, and former co-abbot of the San Francisco Zen Center and presently director of the Everyday Zen Foundation.

Taking Her Sides on Immortality

“To journey with Robert Huff . . . is to take a long hard look at the world and the self.”

“If Merton is to remain a living voice, it is from such honest and steadfast devotion as Mary Gordon’s On Thomas Merton.”

“Aging for Beginners becomes a crafted weaving of authentic understanding, an act of love.”

Have Dog, Will Travel: A Poet's Journey

Stephen Kuusisto is well known for his poetry, Letters to Borges (2013), as well as his books of memoir, Planet of the Blind (1998), a New York Times “Notable Book of the

Go with the Flow: A Tribute to Clyde Sanborn

As one cannot truly categorize poet Clyde Sanborn (1948-1996), neither can one neatly classify this text about his life and writing.

“Each poem is an invitation to join the songs still playing in his head where reflection, nostalgia, and love are bound.”

“Lynn Powell transforms experience and language itself into a revelation . . .”

Feet of the Messenger

“we readers can be thankful for these beautiful poems of pain and healing by a writer who shares his life with great care . . .”

Poetry Will Save Your Life: A Memoir

Though it could ring echoes of “These Are My Favorite Things” from The Sound of Music, author Jill Bialosky is too personal and wise to waste our time or her intention.

Tumbling Toward the End

This last book by poet, playwright, fiction writer, musician, David Budbill has all the deserved resonance of one’s "last words." One senses here the author’s deep awareness of aging and death, as

Elizabeth Bishop: A Miracle for Breakfast

“a delight as well as a revelation.”

Few poets have been as honored as W. S. Merwin, author of 20 books of poetry and translation, twice U.S.

“Andrew Motion’s imagination takes him and readers on a journey to many places and times, but always with a sense of the inner self.”

“You need not be a bird lover or watcher to enjoy this book, but there’s a good chance you will love both birds and life more by its end.”

My Lost Poets: A Life in Poetry

Last books by any writer are always a mixed blessing.

Dick Allen, former poet laureate of Connecticut and the author of eight books of poetry in a wide range of forms, gives us a quietly stunning collection of poems here in a tradition of American Zen

Hillbilly Elegy: A Memoir of a Family and Culture in Crisis

Our author, raised by his maternal grandparents Mamaw and Papaw, is thirtyish and supposedly giving us an insider’s view of an Appalachian family and culture.

Voice's Daughter of a Heart Yet to Be Born

“Waldman has always been a writer of the ‘outriders,’ the visionary rebels who make art new and engaged.”

A Flutter of Birds Passing Through Heaven: A Tribute to Robert Sund

Call it an appreciation, a gathering, a do-it-yourself biography, what this amounts to is an authentic tribute to an important American poet.

"poems that are truly memorable, full of sorrow yet open to redemption and beauty."

“We go to Thoreau for Nature. We come to Davis for the whole essence of being alive.”

Sunlight on the River: Poems About Paintings, Paintings About Poems

This is such an elegant and luscious book for the mind and the heart.

Pope Francis: The Year of Mercy

This book comes just after the celebrated U.S. visit of Pope Francis (born Jorge Mario Bergoglio in Argentina), the 266th pope of the Roman Catholic Church.

Crowded by Beauty: The Life and Zen of Poet Philip Whalen

This big biography of Philip Whalen (1923–2003) brings the man, his vision, and his writings up close.

It’s that period when some of the once “younger” contemporary poets are leaving us.

The Road Home: A Contemporary Exploration of the Buddhist Path

“This is not to say that the book lacks purpose, but that perhaps it takes on too much in the vastness of its overview.”

Jane Hirshfield is one of our finest poets writing today and also one of our best essayists on the act of writing and the art of poetry.

Something Rich and Strange: Selected Stories

Nobody Home: Writing, Buddhism, and Living in Places by Gary Snyder

“Julia Martin has done a fine job of bringing Gary Snyder to the fore in her committed study of one of our major contemporary authors.”

“It’s a shared journey that is carefully documented by editor Chad Wriglesworth in notes and index.

“. . . an unforgettable youth and a father’s loving grief.”

The Collected Poems of Denise Levertov

Born in Essex, England in 1923, and having lived for brief periods in Holland, France, Italy, Mexico, and most of her adult life in the United States, Denise Levertov viewed herself as “a trans-Atl

In the Kingdom of the Ditch: Poems

“We can only rejoice at these poems.”

The Village: 400 Years of Beats and Bohemians, Radicals and Rogues, a History of Greenwich Village

“Denise Levertov emerges as a person and a poet. . . . an authoritative and intimate biography.”

The Sea at Truro: Poems

“Her style never obtrudes on her subject or that quiet sense of transcendence. . . . We are clearly at home in these deep, rich poems.”

“Ms. Olds always writes from the gut and sometimes the heart in intimate images that often disturb as much as reveal.” 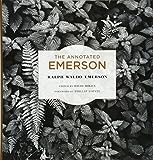 “What emerges from this authoritative yet accessible collection is a portrait of one of America’s most original and intuitive thinkers, a man for all seasons, along with the fruits of his w

“This selection of Patchen’s best by one of his intimates is clearly a gift and tribute to the man and his work, . . . Kenneth Patchen may be experiencing a real revival in his 100th year.

“This is deep music and clear, as the poet carries us to those places in the heart that ground and guide us.

“Magically, like the prose poem form itself, Mr. Wright opens to and finds himself and makes us care.”

Bonnie Jo Campbell (a National Book Award and National Book Critics Circle Award finalist) takes on tough subjects in her fiction, and this tale of a rebellious wilderness girl in Michigan is no ex

This first novel by John Micaud is certainly packed with family and their place and life details.

Peace Is Every Breath: A Practice for Our Busy Lives

Everyone knows by now how Thich Nhat Hanh, a Buddhist monk, was driven from his native Vietnam in the late 1960s and has since become an international peace advocate (nominated of the Nobel Peace P

Here is a Southern literary novel that takes the reader back to 1920 and the back hills of the Carolina highlands where horses are still the main means of travel.

Framing Innocence: A Mother's Photographs, a Prosecutor's Zeal, and a Small Town's Response

Chris Holbrook has taken a long stretch of 14 years between his acclaimed Hell and Ohio collection and this new Upheaval: Stories.

This Is Getting Old: Zen Thoughts on Aging with Humor and Dignity

Susan Moon’s use of the old cliché “This is getting old” is not meant as a complaint, but rather as a shared exploration of that state in which we are all passing through.

Is Life Like This?: A Guide to Writing Your First Novel in Six Months

Though the subtitle is bit tongue in cheek, this book is practical, imaginative, and encouraging.

In this first new collection of essays in five years, poet, fiction writer, essayist, and Kentucky farmer Wendell Berry delivers a basketful of ripe fruit, like the symbolic red raspberries on the

Horses Where the Answers Should Have Been: New and Selected Poems (Kingsley Tufts Poetry Award)

I want my obituary to say that
I wrote in the language of dogs
and not that I sat sprinkling
black letters on a white ladder,
leading my own eye down