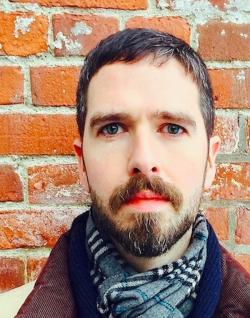 Matthew Stephen Sirois' fiction and essays have appeared in The New Guard Review, Split Lip magazine, Necessary Fiction, The Ghost Story, and others.

His debut novel, Near Haven, is an Independent Publisher's Magazine medalist for Best Northeastern Fiction, and a finalist for the 2017 Foreword Indie Book Award in both Literary and Science Fiction.

Raised in coastal Maine, Mr. Sirois now lives with his wife and daughter in western Massachusetts, where he works as a metal fabricator.

“The fact remains that Jonathan Franzen is a hell of a writer.

“an essential piece of American literature, already, and the further we descend into an age of circuses without bread, the more poignant will be our Slinger’s aim on the true heart of the W

For those of us living in the Appalachian corridor, the American black bear is seldom an animal to pay much heed.